Construction work on the Leviathan roller coaster at Canada's Wonderland is continuing at a rapid pace, with the park's skyline being transformed by the ride's massive first drop.

Canada's Wonderland is charting progress on the Leviathan project on its official blog, revealing that the ride's 80-degree first drop is now fully in place. Since the park's last update, the highest part of the coaster has also reportedly been installed, with work now underway to add the first overbanked turn. 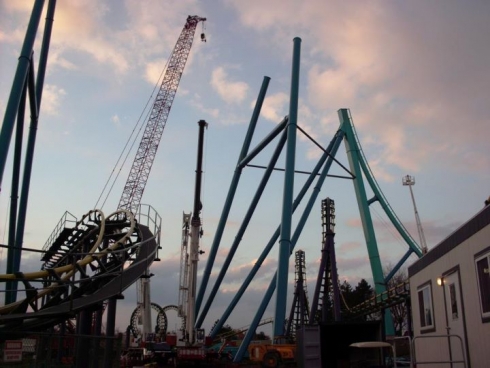 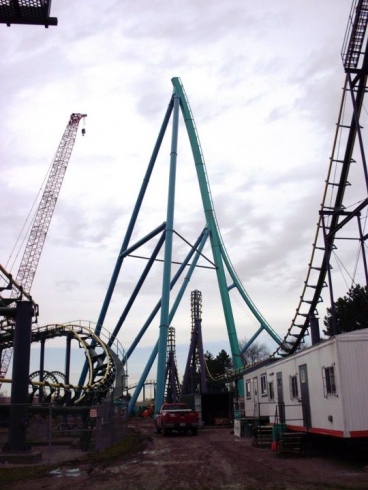 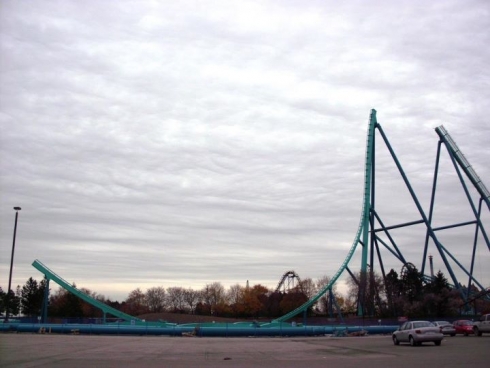 All of the concrete piers that support Leviathan's structure are now in place, with work having now begun to install the ride's station. The top piece itself does not feature any supports, with the lift hill having been constructed from the ground-up before the final piece was lifted into place by two enormous cranes.

With a scheduled opening in May 2012, Leviathan will change the landscape of Canada's Wonderland when it is completed and guests will see the ride rising over their heads as they enter the park. Leviathan will the sixteenth rollercoaster at the park, placing it third in the "most coasters at a theme park" charts behind Six Flags Magic Mountain and sister park Cedar Point.

Thanks to reader Dom497 for the tip.