Blue Mountain Engines to open at Drayton Manor's Thomas Land on May 28, 2011

Drayton Manor has confirmed the addition of a new ride to its Thomas Land area, in time for the start of the summer 2011 half-term school holidays.

Blue Mountain Engines will be a Zamperla Junior Regatta ride, and will feature four themed carriages based on characters from the Thomas & Friends universe. Due to open on May 28, 2011, it will replace Terrance's Driving School, which has been moved to an area near Farmer McColl's Farm.

Able to hold up to 32 riders at a time, including 16 adults, Blue Mountain Engines is the first new addition to Thomas Land since the area opened in March 2008. The four carriages will be themed around Sir Handle, Skarloey, Rheneas and Peter Sam, all of whom feature in Thomas & Friends storylines working on the Skarloey Railway.

Also during the half-term holidays (May 30 - June 5), Drayton Manor will be celebrating the birth of several new baby animals. The new additions include a capybara, twin ring-tailed lemurs and twin cotton topped tamarins. 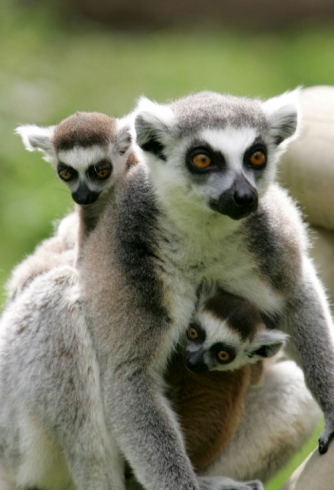 Earlier this summer, Drayton Manor opened Ben 10: Ultimate Mission, the first rollercoaster in Europe to be based on the popular Cartoon Network show. It also debuted Marvin the Martian in the 3rd Dimension in its 4D theatre, replacing Happy Feet 4D.