Disneyland Paris is set to close its Space Mountain: Mission 2 rollercoaster from December 6-10, as the park prepares for an influx of guests over the Christmas period.

The closure runs from a Monday to a Friday and comes prior to the school Christmas holidays in Europe, which will see large numbers of guests descending on the Disneyland Paris Resort for its Enchanted Christmas 2010 celebrations. All of the other attractions at both Disneyland Park and Walt Disney Studios are scheduled to be in operation throughout December. 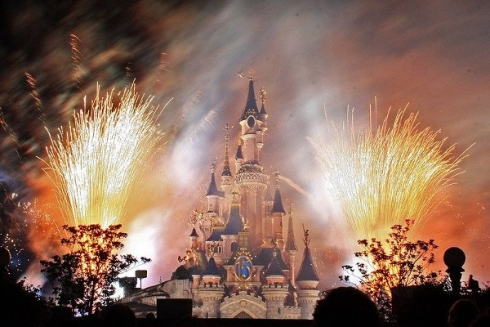 Could Sleeping Beauty Castle be set for a major refurbishment in 2011?Source: Alexandre Rosa, Wikimedia Commons.

According to the resort's refurbishment schedule (listed in TPT's Rehab Watch section), several major refurbishments will take place at the two parks during the quieter winter months. At Disneyland Park, Peter Pan's Flight will be closed from January 31 - February 11, while the extended closure of La Taniére du Dragon from February 14 - March 31 has sparked speculation that Sleeping Beauty Castle (which hosts the attraction) will undergo major refurbishment work during 2011.

At neighbouring Walt Disney Studios, the Studio Tram Tour will be closed for over a month (from January 3 - February 11). Two attractions from the recently-opened Toy Story Playland will also be out of action for shorter periods, with Toy Soldier Parachute Drop scheduled to close from January 18-20 and Slinky Dog Zig Zag Spin due to follow from February 1-11.

Disneyland Paris kicked off its Enchanted Christmas 2010 celebrations on November 7, with the events due to run until January 7.