Blackpool Pleasure Beach has released new concept art of Nickelodeon Land, the £10 million new addition that will open at the park in 2011.

Nickelodeon Land will replace the existing Beaver Creek area of the seafront amusement park, and will feature more than 14 rides and shows spread across 6 acres. The artwork shows off a range of attractions that will feature in the new land, each of which is based upon a popular Nickelodeon character or show.

The images were posted to Blackpool Pleasure Beach's Facebook page, and are shown below: 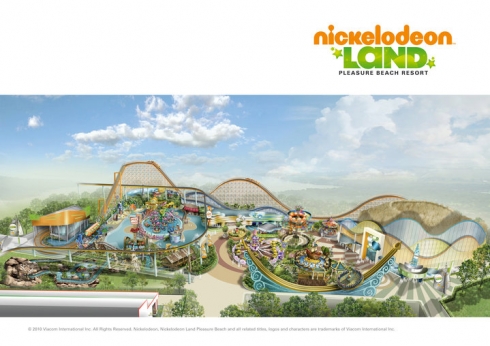 The first piece of artwork shows an overall view of Nickelodeon Land's rides and attractions, which are set to cover a large area of Blackpool Pleasure Beach. 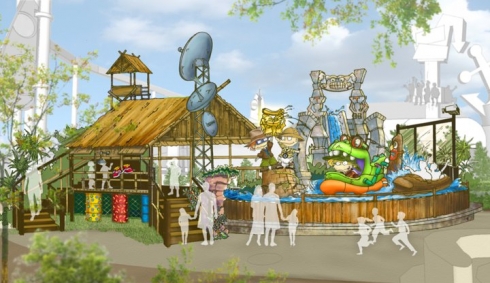 The second image shows The Rugrats' Lost River, a themed flume ride based on a quest with the Rugrats to find the mythical Temple of Spoon. 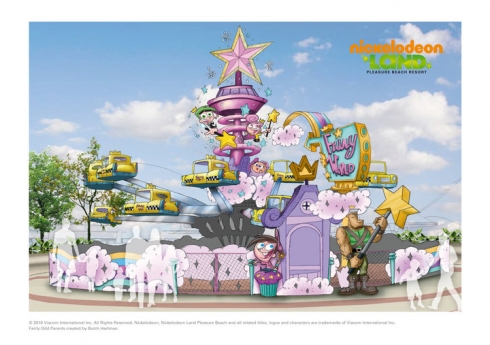 The next image shows Fairy World Taxi Spin, an "enchanted taxi ride" through the Fairy World. 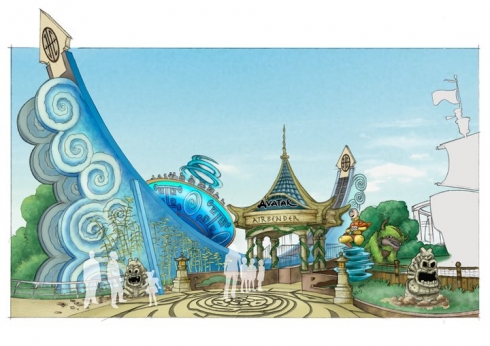 Avatar Airbender, based on the Nickelodeon cartoon and not the M. Night Shyamalan feature film of the same name, will be set inside a spectacular "mystical air temple Pagoda". 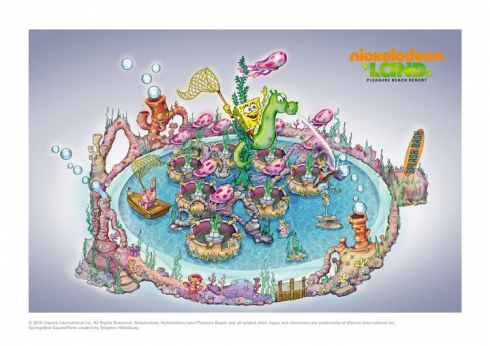 SpongeBob's Splash Bash will be a Mack Twist 'n' Splash ride which combines a spinning "teacup" attraction with a Splash Battle ride that allows guests to fire jets of water at each other.

Nickeledeon Land will feature a total of 9 all-new attractions as well as updated versions of 6 existing rides. The other attractions located in the new area will be:

The new land at Blackpool Pleasure Beach will be the first Nickeleodeon-themed area in the UK. Construction is set to begin later this year after the busy summer season, with Pleasure Beach targeting an opening date in spring 2011.