The Twilight Zone Tower of Terror At Disney's Hollywood Studios

A twist on traditional drop tower rides, the Tower of Terror is located inside a full-scale mock hotel dubbed the Hollywood Tower. After an introduction from Twilight Zone host Rod Serling, guests enter an elevator that drops them multiple times at speeds faster than free-fall. 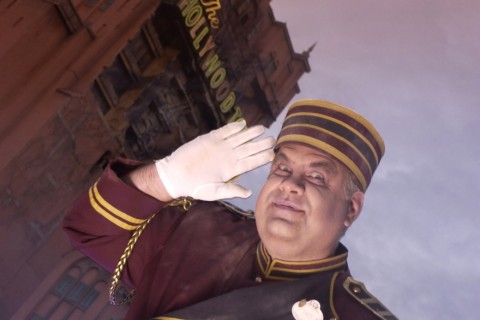 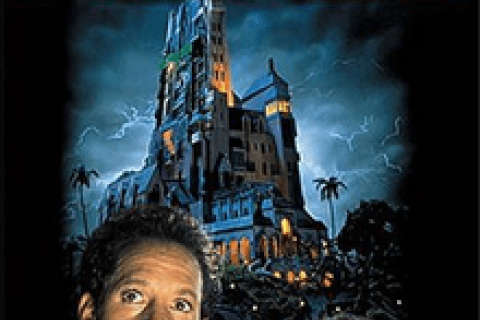 Submitted by Anonymous (not verified) on Tuesday, February 25, 2014.

First time I was lucky enough to go to Disney World Florida was way back in 1995, saw the Tower of Terror and thought that I'd have a laugh and ride it. One of the best theme park decisions I have ever made. To this day and four visits later, this 'ride' is still my favourite and I always make a beeline for it as soon I can. There have been some subtle changes to it over the years but all for the better. A great fun time for all of the family. There's a lot packed into it, from entering the Hotel lobby through to the Library and onwards to the lift where things start to get really intense and interesting, the suspense builds up more and more before...well I won't spoil it but the screams can be heard all around the park.... Can't wait for my next visit this October, I'll be hot footing over to the Tower as soon as I can!!

Submitted by Anonymous (not verified) on Saturday, September 28, 2013.

My parent took us to many amusement parks as I was growing up. We all just loved the thrill rides. We would all raise our arms on the roller coasters, not hold on to the bars on the spinning rides. I went to Disney's Hollywood Studios last April. I had gained quite bit of weight over the years and hadn't been able to go on many amusement park rides. This first ride my niece wanted to go on was the Tower of Terror. That was all she kept talking about. We got to the park right after it opened and went straight to the Tower of Terror. There wasn't much of a line yet. We went up and got into our seats. and then...I have NEVER screamed before on a ride. I screamed from the first drop and did not stop until the ride was over. I was in the front row, so when that window opened and I looked out over the park, I screamed even louder. IT WAS AWESOME!!! The picture taken of us during the ride showed me with my mouth hanging open and my niece with her head buried in my side. Can't wait to go back next year and do it again.

Great, Fun Ride - No Matter What Your Age

Submitted by Anonymous (not verified) on Friday, September 13, 2013.

This is always our first stop in Hollywood Studios; this ride is such a blast. It's fun AND surprising. The whole queue takes you through the Twilight Zone and it's beyond cool. Great place for gifts at the end, as well. Also, love the pictures you can purchase afterward - the looks on the riders' faces are priceless. One of the best rides I've ever ridden. Not to be missed.

Easily my favorite Disney ride and quite possibly the best ride in all of Orlando! I don't want to spoil the ride for you so all I'll say is this ride is much more than a simple elevator or drop tower attraction. The free falls are so much fun and the themeing is top notch! Don't miss this attraction.

A few drops, and so much more!

The themeing throughout the ride is unbelievable. The attention to the smallest details and the setup of the ride with a preshow introduction of the storyline is one of the best experiences at any of the four Disney World parks.

The best treat comes right before the drop when you take a true look into "The Twilight Zone". This is simply another Disney experience that you will not soon forget!

I rode this for the first time on my last trip to Disney back in September, 2001. I'd heard enough about it to get me drooling at least a year in advance of the trip. So naturally, the first attraction I headed to on our day at Disney's Hollywood Studios was none other than the Twilight Zone Tower of Terror.

Walking into the Studios, anyone would be hard pressed not to notice this 199 ft. tall built-to-look-worn-down Hollywood Tower Hotel. It's awesome, yet foreboding in appearance. Walking up the long and winding outside queue, you get a hint of the the unknown you're about to enter. Disney did an incredible job with the detail of the entire structure, including the gardens outside where you walk through mist and hear the sounds of early 20's, 30's music. Upon entering the lobby, you see just how well Disney designed this abandoned hotel as dust coats everything, and all that you see inside reflects the age of this neglected hotel. After a short wait, unless you're able to walk right in, you head into the library and after the doors shut and the lights go out, the tv comes on and you're introduced to "Rod Serling" and are told the history of the building and the mysterious events that happened there. Shortly after that, the back wall of the library opens up and you walk into the boiler room/basement of the hotel. There, the bellhops (likewise dressed in the aged attire) give you your instructions on entering the elevator, make sure everyone's secure, and then the ride begins.

***TIP*** The absolute BEST seat in the elevator is in the 'dead' center of the top row where the safety harness doesn't reach. Instead, the rider has a seatbelt. Trust me, this gives you the best seat on the ride.

According to numerous Disney sites, the program for the ride is a little different each time. The number and length of the drops are affected. The elevator makes a first stop and when the doors open, you're looking into a long hallway. Suddenly, about 4-5 people appear and seem to be calling to you. Then, lightning strikes them and they disappear. The lights go out and the window in the distance seems to lift and come straight at you. The elevator doors close again and on the next stop, the doors open and your car moves forward into the hallway. You see several freakish sights on both sides of the hallway and then it enters the main "drop zone". Your car shoots upward a short ways, then makes an unexpected drop. It shoots back up again and when the doors open you're looking out over the entire park. After a few seconds, the elevator makes a quick drop, rises up a bit, drops some more, and finally drops down to the basement again.

This is an incredible ride, no, experience. And half the fun is in listening to the other riders, ones who haven't ridden and even if they have, still scream at the top of their lungs. Disney certainly hit a homerun with this attraction, as it is a definite must-see attraction. My sister and I must have ridden it 4-5 times in a row and wanted more, but also wanted to check out some other attractions nearby. I recommend this ride to everyone. It's absolutely great fun.