It's a Small World At Disneyland Paris

One of Fantasyland’s headline attractions, It’s a Small World is based on an attraction that was originally developed by Disney for the 1964 World’s Fair in New York. Subsequently moved to Disneyland in California, the ride has proven to be an enduring favourite and clones have been built in Florida, Tokyo and Hong Kong as well at Disneyland Paris.

After boarding in an outdoor station, guests take an indoor boat ride through a series of scenes based around the different countries of the world. These are populated by more than 300 audio-animatronic dolls, all of which features child-like features and cheerful expressions. The journey is accompanied by one of Disney’s most famous theme tunes, which is sung in multiple languages to match the current scene.

It’s a Small World is one of few attractions at Disneyland Paris to receive a makeover during the Christmas season, when it is dubed “It’s a Small World Celebration”. In places, the theme music is replaced by “Deck the Halls”, and the dolls are dressed up in a variety of festive outfits.

Photos of It's a Small World 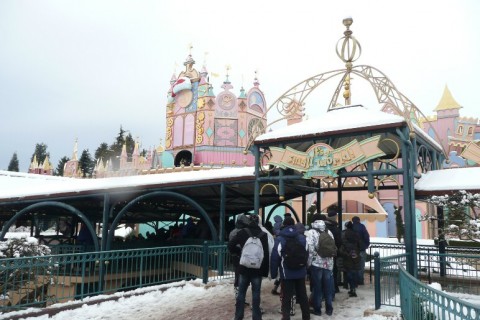 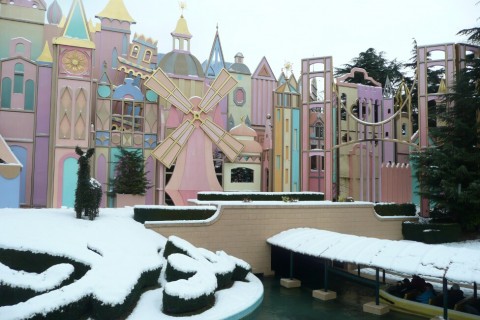 See all photos of It's a Small World

Reviews of It's a Small World

Sorry, there are currently no reviews for It's a Small World .