Disneyland Paris debuted its spectacular night-time show, Disney Dreams, in time for park's 20th anniversary celebrations in 2012. The show is centered on Sleeping Beauty Castle, which is lit up in a variety of colours during performances. From 2017 the show was updated and re-named Disney Illuminations.

Disney Illuminations borrows a number of elements from the popular Fantasmic! and World of Color shows at Disney's US theme parks. A combination of projections, laser effects and powerful water fountains are used to create the visual effects in the show, which runs for more than 20 minutes. 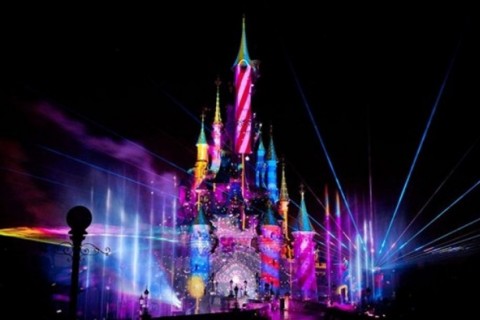 See all photos of Disney Illuminations

Great end to the day

We saw the Christmas version of this and it was a great way to end the day. The usual high standards of Disney production are in full force here. Projection, lighting, pyro and fountains all beautifully choreographed together for a fantastic show. We watched from a quarter of the way up main street and be warned that parents will put their kids on their shoulders as soon as it starts blocking everyone else's view. When we watched we even witnessed a crazed mother dragging a bin from outside a shop into the middle of the crowd for her kid to stand on.

Definitely stick around for this though as everyone in the family will love it!