Michael Jackson's Captain EO reopened at Disneyland Paris in June 2010 after a twelve-year absence, as a tribute to the late pop superstar following his death a year earlier. Located in Discoveryland, the show replaced Honey, I Shrunk the Audience - the attraction which displaced it when it closed in 1998.

As with Honey, I Shrunk the Audience, guests are herded into a pre-show area prior to viewing Captain EO. After watching an advertisement for sponsor Kodak, they take their first step back into the 1980s with a chance to view the original prelude to the movie (which was shown at its grand opening at Disneyland in 1986). They then enter the theatre itself.

Directed by Francis Ford Coppola, and executive-produced by Star Wars creator George Lucas, Captain EO's plot sees the eponymous Captain EO (played by Jackson) and the crew of his spaceship travelling to deliver a "gift" to the "Supreme Leader" of a mysterious planet. The influence of Lucas is clear, with the cartoon-like crew resembling a cross between Star Wars aliens and the Muppet Babies.

On arriving on the planet, Captain EO and his sidekicks are immediately captured by the Supreme Leader's henchmen and paraded before her. Jackson’s character is required to burst into song and use a number of his trademark dance moves in order to save the day. The on-screen action is synchronised with “4D” elements, such as moving seats and bursts of compressed air.

At just 17 minutes long, Captain EO cost a massive $30 million to produce. At the time it was the most expensive film ever produced if measured per-minute (at $1.76 million), however this has since been topped by Universal's Terminator 2: 3D at $5 million per-minute. 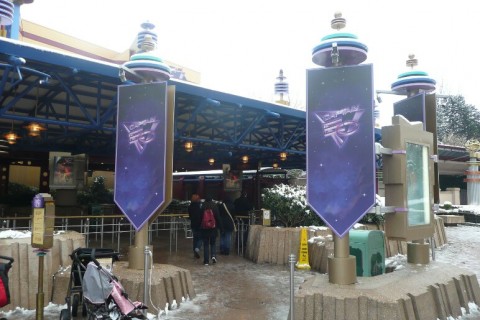 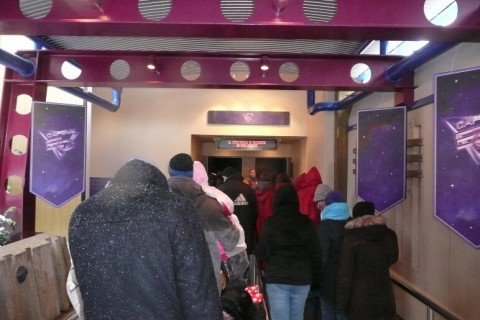 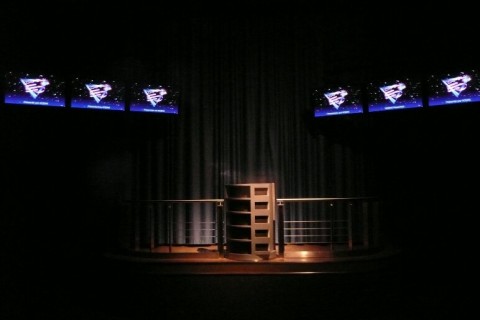 See all photos of Captain EO

Sorry, there are currently no reviews for Captain EO .