Spinball Whizzer is a Maurer Söhne Spinning Coaster that is located in the Adventure Land area of Alton Towers. Opened in 2004, the ride sees guests seated in groups of two back-to-back with another two riders. After climbing up a lift hill, their cars then traverse a 1,541 feet circuit that is packed with twists and turns. The cars themselves spin on the way round, with the amount of spinning varying depending on the weight distribution of the riders.

In 2010, the coaster was rethemed as Sonic Spinball following a deal with video games giant Sega. The Sonic theme was a natural fit for the ride, which was previously themed around pinball. Numerous titles featuring the iconic hedgehog have included "bonus games" based on pinball, and an entire pinball game (also named Sonic Spinball) was released for the Sega Genesis (also known as the Mega Drive) in 1993. Subsequent releases followed on the Game Gear and Master System, and the game was re-issued in 2007 on the Nintendo Wii's Virtual Console.

Following the expiration of the Sega deal, the ride reverted to its original name of Spinball Whizzer at the start of the 2016 season.

Alton Towers revealed in its 2009 Long Term Development Plan that it plans to relocate Spinball Whizzer within ten years. 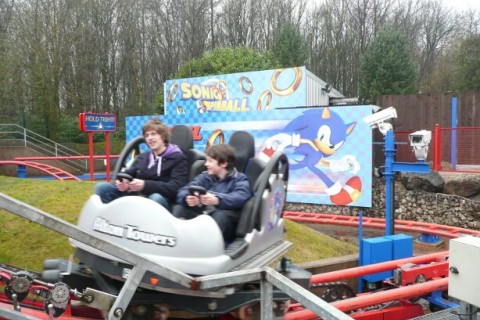 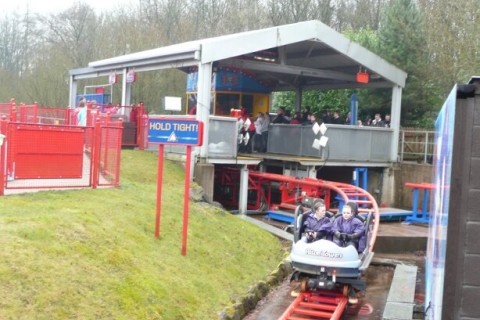 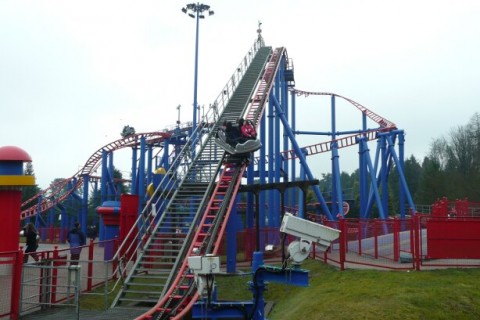 See all photos of Spinball Whizzer

Its fun don't get me wrong but the absolute lack of theming just doesn't cut it for me. There is a few references to the fact it is a "pinball machine" but not enough for someone who is not looking out for it.

I would love to write a flourishing, long review considering it was my first roller coast at Towers (back in it's first stint as Spinball Whizzer 2004-2009) but I really cant. It has a nice couple of sections like the top hat and downwards helix but other than that, I can't really think of a part that makes me think "Wow that was really good".

I would massively suggest this coaster for budding thrill seekers, aged 6-12 but if you are looking for a mental thrill, this one isn't worth queuing the frequently ridiculous times for.

This ride is suitable for all ages, although it does look frightning, once on it is a fun experience, the only problem is that the queues for this ride are awful, we got their first thing and still had to wait an hour! I reccomend starting at the back of the park and making your way forwards to keep good timing, sonic spinball is at the very front so it is busier earlier on, but loved this ride!