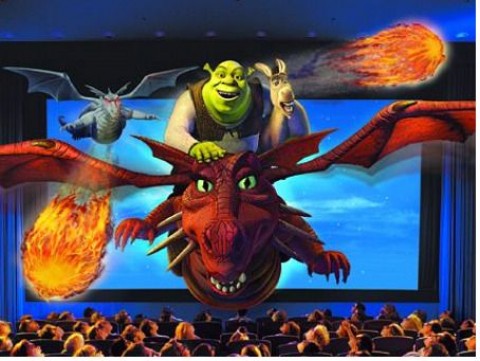 Not so long ago, 3-D movies were all the rage at theme parks across the globe. In the 1980s, multi-dimensional films such as Michael Jackson’s Captain EO captivated audiences, employing what was cutting-edge technology at the time. Following the success of James Cameron’s Avatar, though, 3-D is now commonplace in regular cinemas.

Few visitors are going to be impressed by old-fashioned 3-D, so theme parks have been required to up their game by introducing a fourth dimension. One that goes beyond mere air-blowing effects and water sprays, and can even extend as far as including live actors. Here’s a round-up of five of the very best 4-D movies around. 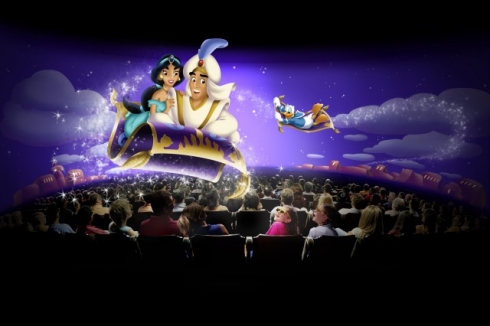 Mickey Mouse starred in the first colour animated short and the first to feature synchronised sound, so it’s only natural for Disney’s iconic rodent to have made the leap into four dimensions. In Mickey’s Philharmagic, on show at Walt Disney World’s Magic Kingdom, Hong Kong Disneyland and Tokyo Disneyland, he attempts to entertain the audience by conducting an orchestra. The bumbling Donald Duck, though, soon interrupts, and chaos ensues.

While the 3-D animation, shaking seats and other effects are nice, the real draw of Mickey’s Philharmagic is the selection of musical numbers from classic Disney animated movies. Despite Donald crashing his way through them, they’ve never sounded so good. 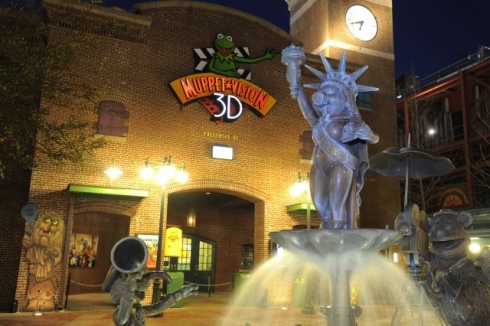 One of the first 4-D movies to land at a Disney park was Muppet*Vision 3-D, brought to Disney’s Hollywood Studios at Walt Disney World as part of a deal with the family of the late Muppets creator Jim Henson. The movie chronicles the gang’s attempts to create a spectacular variety show, with predictably disastrous results.

The on-screen action is accompanied by the usual variety of water, air and moving seat effects, but the experience is amplified by the presence of animatronic (and costumed) Muppets that join in from time-to-time. The waiting area, populated with movie posters given a Muppets twist, is also a treat. 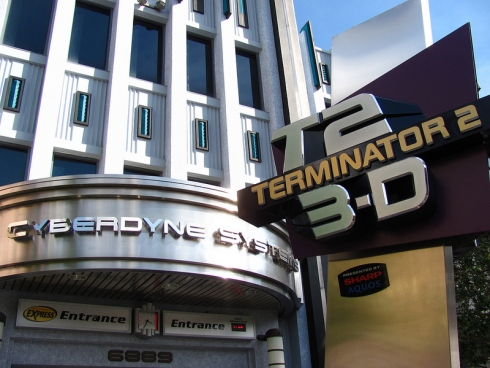 Just as James Cameron pioneered 3-D in cinemas, he also pioneered 4-D in theme parks. First opened at Universal Studios Florida in 1996, Terminator 2: 3-D – Battle Across Time cost an astonishing $24 million to produce (Universal splashed out another $36 million to build the show building). This made it the most expensive movie per minute ever produced.

After a pre-show featuring live actors to set the scene, guests enter the main auditorium where they sit down for a corporate presentation from Cyberdyne systems (which, naturally, goes awry). What follows is an engaging spectacle brought to life by three wrap-around screens, fog and wind effects, lasers and live actors. All of the main actors from Terminator 2 reprise their roles, including – of course – the Terminator himself, Arnold Schwarzenegger. 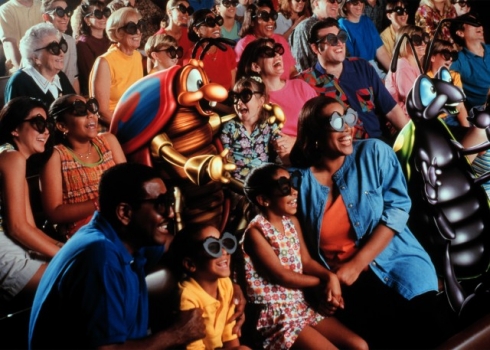 Given that it is inspired by the Disney/Pixar film A Bug’s Life, most guests entering It’s Tough to be a Bug at Disney California Adventure or Disney’s Animal Kingdom will probably be expecting a nice, child-friendly presentation. What they actually experience, however, is – for bug-haters at least – an intense and (for some) genuinely frightening experience. Kids may be shocked, but many adults will be thrilled.

The movie attempts to convince guests that bugs are misunderstood, with the original film’s star, Flik, playing a leading role. Once the evil Hopper crashes the party, though, sending enormous bugs down from the ceiling towards the audience, some guests may feel that bugs are not so misunderstood after all! 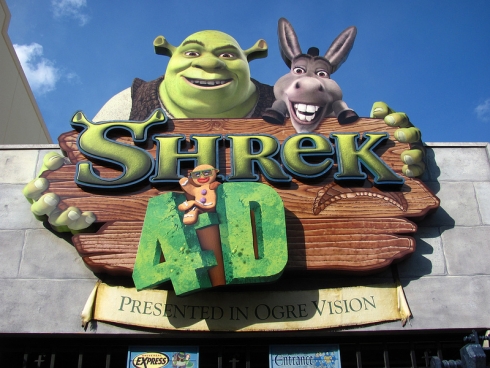 Set between the original Shrek and Shrek 2, Shrek 4-D Adventure accomplishes the rare feat of working as both an exciting theme park attraction and a genuine mini-sequel to the first movie. The experience begins in the waiting area, where animatronic versions of Pinocchio and the Three Little Pigs keep impatient guests happy.

Cleverly, the plot involves one of the series’ best characters, Lord Farquaad, making light of his death in the first film by bringing him back as a ghost. Shrek’s attempts to rescue his true love, Fiona, from Farquaad’s clutches are brilliantly enhanced through the use of a variety of effects, including some of the best moving seats around.