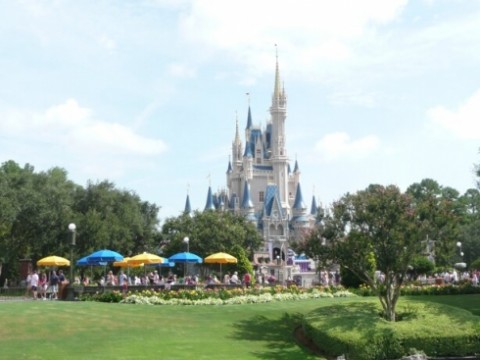 If you're planning a trip to Walt Disney World, it's likely that a big chunk of your budget has been earmarked for buying admission tickets for the resort’s four theme parks and two water parks. Although Disney doesn’t generally offer huge discounts on tickets and passes, there are still savings to be made if you plan in advance. Even shaving a few percent off the total cost can free up a significant amount of cash – so we’ve gathered together our top 9 tips for saving money on Walt Disney World tickets below.

1. Understand the options and only pay for what you need

Taking the time to understand the full array of ticket options offered by Walt Disney World can help ensure that you don't end up paying for expensive extras that you don't need. The resort introduced the Magic Your Way scheme in 2005, replacing all of its previous ticket options (with the exception of some tickets for overseas visitors, which we'll explain below). Here are the basics of the scheme:

UK and European visitors: Walt Disney World sells an additional range of tickets which are only available in advance for visitors from the UK and Europe. These are:

Note that it is possible for international visitors to buy Magic Your Way tickets, and in some cases (particularly for short visits) these can be cheaper than the special overseas options. However, many vendors (including Disney’s US website) will not deliver tickets to the UK and Europe. Instead, you’ll have to pick them up in Orlando. Check the vendor’s location and terms and conditions carefully before buying. Sometimes the convenience of having the tickets shipped to you may be worth paying a few pounds extra for.

2. Compare prices and buy your tickets online, in advance

Although Disney does not offer deep discounts on admission tickets, there are savings to be made by buying online, in advance. A number of authorized resellers offer tickets at rates that are lower than gate prices. These include the official Walt Disney World website, Undercover Tourist

, Maple Leaf Tickets and the Official Ticket Center. Be sure to check these before making a purchase.

Annual passes for Walt Disney World are not cheap, with a basic Annual Pass for the resort's theme parks currently costing $552.74 for adults and $509.07 for children (including tax). However, if you are planning an extended visit (of around 3 weeks or longer), or if you are planning on visiting more than once in a year, an Annual Pass can be the cheapest option. Annual Passes also offer a number of other benefits, including regular discounts on hotel rooms, dining and entertainment – so it's worth considering buying one for a single member of your party even for shorter stays.

Florida residents are eligible for a range of permanent and one-off discounts at Walt Disney World. These include a 10% discount on 1-day Base Tickets, plus discounts on 5, 6 and 7-day tickets. In addition, Park Hopper and Water Park Fun & More options can be added at half-price ($29.29 including tax). Disney also frequently offers 3 and 4-day "Play Passes" which offer discounted admission to the parks, while AAA's Auto Club South offers even deeper discounts on some tickets for Florida residents. Check Walt Disney World’s Florida Residents page for the latest deals.

5. Check for military and employer discounts

Walt Disney World offers a number of generous deals to active and retired members of the US military, including their own dedicated resort (Shades of Green). Its ticket discounts vary season-by-season – check Walt Disney World's Military Sales page for the latest deals.

Members of a number of other occupations are also eligible for regular or seasonal discounts. These include some Civil Service employees, students at the University of Central Florida and organized Youth Groups.

Some major employers also offer corporate discounts on Walt Disney World tickets. Sponsors of attractions (such as General Motors and Siemens) and other major partners (such as Coca Cola) may sometimes offer cut-price tickets – check with your employer before booking elsewhere.

One potential way to waste a pile of money on Walt Disney World tickets is to buy partially used passes online (through Ebay, for instance) or from "touts" at the parks. Disney tickets are not transferable, and can only legally be used by the original purchaser. The first time a ticket is used, Disney takes a partial fingerprint. If on subsequent use, a guest's fingerprint does not match the original they will not be admitted. On top of this, there is no way to tell that a ticket really has the number of days left on it that a seller claims without actually using it. Avoid this at all costs!

You're in Orlando, and you've decided that you’d like to spend 7 days, rather than 3 at Walt Disney World. Or, you love it so much that you want to upgrade to an Annual Pass. The good news is, you can get a discount on an upgraded ticket equal to the value of your original ticket – provided the original has not yet expired. Ticket upgrades can be made at any Guest Services window.

8. Check the cost of packages against individual tickets and hotel rooms

Disney frequently offers discounts on package deals that include hotel accommodation and theme park tickets. Although ticket prices in these deals may be more expensive than available elsewhere, the overall cost of hotel-plus-ticket packages may be cheaper than paying for them individually. Make sure you check for hotel-only discounts as well before making a comparison. You can find the latest deals using Theme Park Tourist's Special Offer Watch.

Disney regularly runs special offers on hotels, admission and food at Walt Disney World. Although discounts are generally deeper during the off-season, there are usually several available at any one time. For details of the latest offers, check TPT's Special Offer Watch.

Do you have your own tips for saving money on Walt Disney World tickets? Why not share them with others through our theme park tips section? If you spot something wrong in the article, or disagree with any of the tips, please let us know through the comments or by e-mailing us.

After a lot of hours searching, it seems to me that there is no way for European residents to buy tickets online and have them delivered. The options available are only available for US, UK and Canadian residents in most cases.