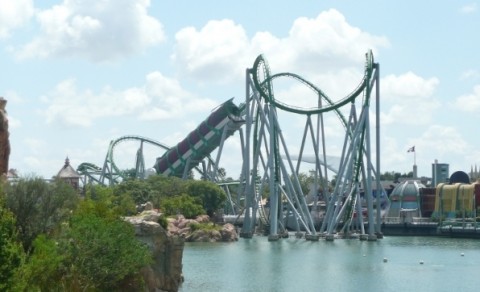 Universal Orlando offers an incredible amount to see and do, housing two major theme parks (Universal Studios and Islands of Adventure) as well as the CityWalk night-time entertainment area. Second only in scale to Walt Disney World, it could easily keep visitors occupied for a week or more. However, like Disney, it also attracts huge crowds that can leave major attractions mobbed and guests standing in line for hours at a time.

Fortunately, with a little planning, it is easy to minimize your time spent queuing, and maximize your time spent enjoying Universal’s amazing rides and shows. In this article, we’ve collated some simple time-saving steps for you to follow to ensure you have the best time possible on your next trip to Universal Orlando. Just start with Step 1 below.

Step 1: Choose the best possible time of year to go

The least crowded periods at the parks are:

For some visitors, such as families with kids in school, or those visiting from farther afield (during their summer holidays, for instance), being flexible around dates may not be an option. Don’t worry if that’s the case – you can still save time and beat the crowds using the remaining steps in this article.

Important note: there are downsides to attending during the off-season. Most notably, the parks' opening hours may be shorter. Shows may take place less frequently (or not at all), and rides may be down for refurbishment. Check ahead on Universal’s website to avoid disappointment.

Step 2: Choose the best possible day of the week to attend each park

Heading to Universal Orlando on a quieter day of the week can see you skipping on to the major attraction with barely a wait, while attending on a busier day can leave you facing huge queues for even minor attractions.

Unfortunately, there in no consensus on which days of the week are quietest at the parks, and it varies greatly depending on whether there are special events taking place or not. However, a good guide is to use Universal's Express Plus Pass price calendar. Since Express Plus passes are more expensive on peak days, you can be fairly sure that Universal is expecting smaller crowds on days when the pass is cheapest.

Step 3: Get your tickets in advance

If possible, purchase your tickets in advance to save time when you arrive at the parks (as well as saving money). Universal offers printable tickets through its website, which you can take directly to the gate. It is worth paying the extra for a two-park ticket, which will allow you to move between the parks at your leisure.

Step 4: Eat breakfast before you arrive at the parks

This is a step that can save you time and money. Eat breakfast at home (for locals), at your hotel (for visitors) or at a diner en-route. Breakfast at Universal parks (or in CityWalk) is expensive, and will waste valuable time during the morning period when queuing times for rides are at their lowest. 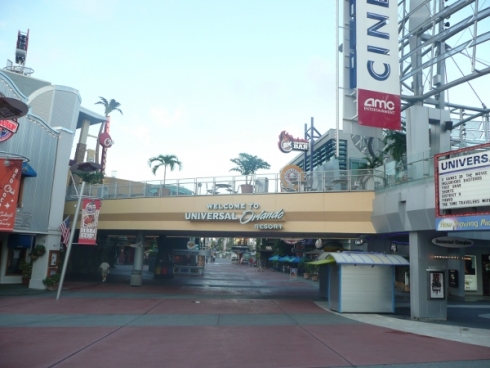 This is the most important time-saving tip of all. Arrive (and park) at least 45-50 minutes before the park opens. Universal Orlando has a huge multi-storey parking lot, and it can take 10-15 minutes to get from your car to the parks (you can cut this by paying for preferred parking, but it’s cheaper just to get up 10 minutes earlier).

You should be at the turnstiles, ticket in hand, 30-35 minutes before the park opens. If that’s the case, you’ll be among the first into the park – and the queues will be at their shortest.

Step 6: Check the show schedule and plan ahead

One of the biggest challenges at Universal Orlando is the schedule of the parks' shows and attractions (such Disaster! and Poseidon's Fury), many of which do not open until 10am or later. Having arrived early, grab the daily schedule from a member of staff at the turnstiles. Decide which shows you want to see, and select performances that don't clash and give you adequate time to make your way between the show venues.

Avoid peak lunch and dinner times (around 12:00-14:00 and 17:30-20:00), when Universal Orlando’s restaurants are swamped by hungry guests. If you’ve arrived early, you’ll probably be hungry by 11:30 – take advantage of the smaller crowds and have an early lunch. The same principle can save you time at dinner, giving you longer to enjoy the rides and shows.

If you're planning on dining at one of the themed restaurants in the parks or in CityWalk, make reservations well in advance if possible so that you don’t waste time waiting for a table.

Step 8: Use a touring plan 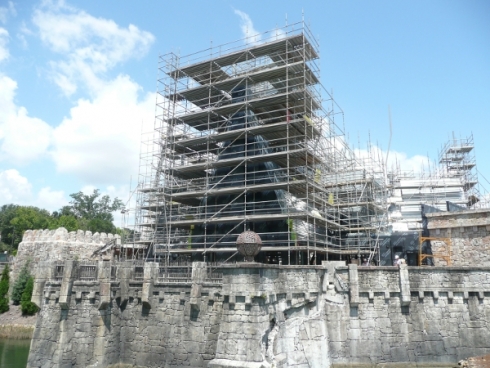 Although it means losing a bit of spontaneity, planning in advance the order that you are going to experience Universal Orlando’s attractions in can save you a lot of time. Hitting the most popular rides early will save you hours – on many days, you'll be able to experience all of the major attractions in a park before lunch.

Mostly, touring plans are just common sense. Arrive at the park well before opening time, and hit the most popular attractions first. These are:

If you want to be really scientific and save the maximum time possible, use the touring plans developed by Frommer's, which are based on statistical analysis of collected crowd-level data. Touring plans for Universal Studios and Islands of Adventure can be found in The Unofficial Guide to Walt Disney World.

Step 9: Consider going to the dark side and using Universal Express Plus 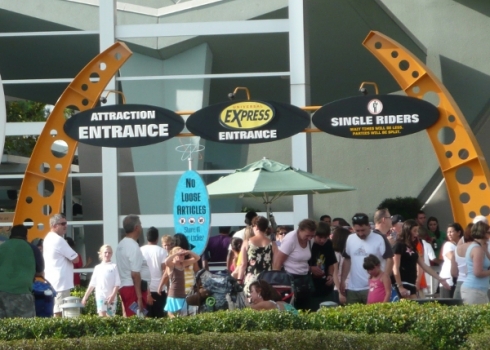 Previously, Universal Orlando offered a system similar to Disney’s FASTPASS which gave all guests a chance to reduce their wait time for major attractions by returning during a specified window. However Universal has since switched to an expensive paid-for system. Universal Express Plus passes can be bought on the day at the park or online (for between $25.99 and $52.99 for 2-park pass, depending on expected crowd levels), and allow guests to skip the main line one time only on over 90% of Universal Orlando’s attractions. A limited number are available each day.

We are not fans of Universal Express. It is expensive, and creates an "underclass" of guests who can't afford (or don't want) to pay for it. Why should theme parks profit from their own poor capacity planning? However, we won’t lie – on really busy days, Universal Express Plus can save you time. If you only have a single day at the parks, it could be the difference between seeing everything you want to and missing out on some attractions. It’s your call whether you feel it’s worth it – you can still significantly cut down your wait times using the rest of the tips in this article.

Step 10: Stay on-site if it's affordable

Universal Orlando offers a lot of time-saving perks to guests staying at any of its three on-site hotels. These include being able to enter the parks half-an-hour early (with select attractions operating), and inclusive Universal Express Plus queue jumping every day at the parks.

Unlike Disney’s All-Star Resorts, however, there are no (relatively) cheap options at Universal Orlando – all 3 hotels are very expensive. Particularly during the off-season, though, Universal runs promotions that can cut the cost significantly. Check our Special Offer Watch for the latest deals and discounts.

If you're in Florida during the summer, you will experience both extremely hot temperatures and heavy rain during your stay. The best strategy for dealing with this is to split your day in two. Head to one park first thing in the morning, before the weather heats up (Islands of Adventure is a good candidate, since many of its biggest rides are outdoors). Hit the rides, eat an early lunch and then return to your hotel to relax wait out the afternoon heat. You can go to another park in the evening when the weather is (relatively) cooler (Universal Studios often has longer opening hours, so may be the best choice for an evening visit).

Although it's well known that Florida sees regular showers and thunderstorms during the summer months, many guests arrive completely unprepared. The rain usually arrives in the late afternoon and causes many guests to rush for the exits. If you're following our strategy, you can head to the park in the late afternoon armed with an umbrella and a poncho (available from many outlets in the parks). Although outdoors rides close during extreme weather, Universal Orlando has many indoor attractions that are unaffected – and you can benefit from shorter queues at these if you're prepared to tour during the rain.

Other tips for saving time at Universal Orlando:

Do you have your own tips for saving time at Universal Orlando? Why not share them with others through our theme park tips section? If you spot something wrong in the article, or disagree with any of the tips, please let us know through the comments or by e-mailing us.