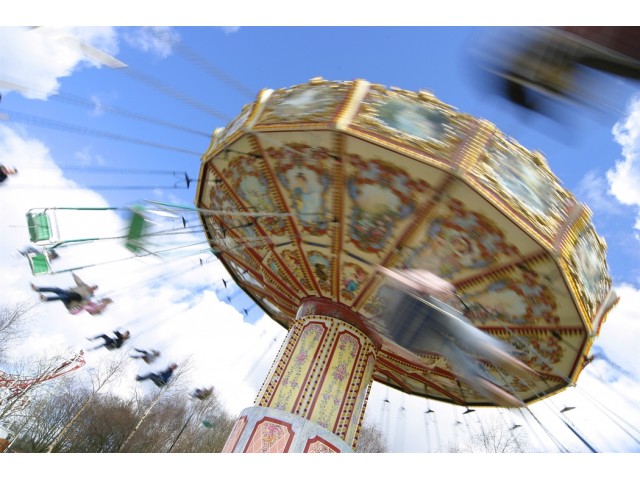 Billed as "Scotland's Theme Park", M&Ds is located in Motherwell, Lanarkshire. The majority of its attractions are off-the-shelf amusement park rides, which are frequently rotated out of the park and onto the travelling fairground circuit. The headliners were the Tornado and Tsunami roller coasters, but they have been permanently removed and many rides are now aimed at younger children or families..

M&Ds borders Strathclyde park, and is slightly unusual in that its rides are frequently sent out on tour around Scotland. This means that some major attractions, including the Express roller coaster, have had several stints at the park before being rotated back out once more. The travelling rides can be seen in the Planet Fun fairground, which visits a number of different towns in Scotland during the year.  M&Ds went into administration in 2020, but was bought and re-opened by new owners -  Lochview Theme Park (Scotland).

See all rides and shows at M and Ds

See all places to eat at M and Ds