Should You Visit Volcano Bay This Summer?

Last week not only marked the opening of Pandora – The World of Avatar over at Walt Disney World, but also the debut of Volcano Bay, the very first water park at Universal Orlando Resort. This new park was officially announced just over a year ago, and many have been following its development with interest, as this new park not only features an impressive number of slides and a really cool icon in the Krakatau volcano, but it has also been designed from the ground up to eliminate waiting in line thanks to the virtual Tapu Tapu queueing system. And while reports about opening day have been really positive in regards to the slides, attractions and ambiance around this new park, there have been some really big problems with Tapu Tapu that may keep guests away this summer...

Massive wait times for guests who aren't there at opening 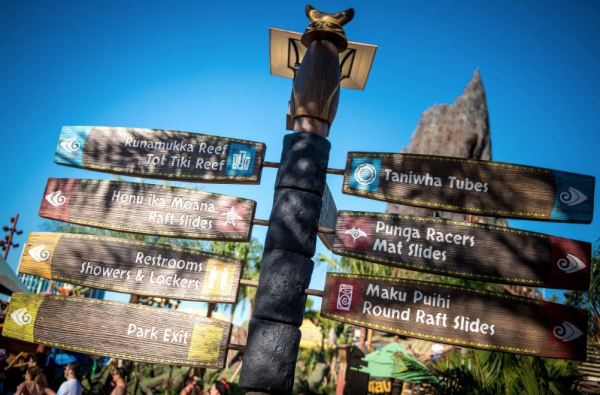 Right now under the Tapu Tapu system, guests can walk up to an attraction, tap a special “totem” and then do something else until their designated ride time. And while this might work out if you have attractions with an hour or two wait, what happens when the park is very busy (as it has been all weekend) and every attraction has between three and five hour waits? Unfortunately, that has meant a lot of bored guests just standing around, and a lot of time for guests to walk around and look at all the attractions they are not able to experience, which has led to videos like this one, with exasperated guests expressing frustration with a system that only allows them to experience a few rides on busy days.

The best way it seems to experience the most rides on a busy day at Volcano Bay is to get there as early as possible and make a short reservation as quickly as possible before the virtual line wait time swells. And speaking of lines....

You're still going to have to wait in a physical line 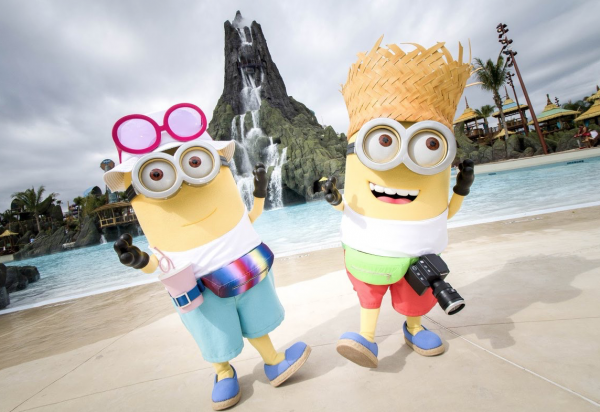 Though Universal's goal with Volcano Bay was to create a park with no lines, the reality is that there is actually still a physical line for guests  to deal with, as it would be impossible to call back one guest at a time to an attraction for a designated ride time, and Universal has wisely opted to call back large groups at a time to avoid inefficiencies. And unfortunately, even though this gets things moving faster, these physical lines still add another 20-30 minutes onto a quite lengthy virtual wait, which only heightens the potential guest frustration with this new system.

Do not waste your time, energy, and money going to this park. At least not for know.... Wish i would have read reviews before going. :(

I am visiting in July, from the Uk.
Here are my thoughts. Firstly, paying over 70 dollars (if inc' the sales tax) and it being possible not to get one ride / slide, is incredibly poor.
Let's do the maths...Or Guesstimate. Their 16 slides.......if we say each slide approx'..should allow to rides in 60 seconds, that is 120 rides in one hour. Park is open currently 10 hours per day. Thus, if we round off to say 100 rides per slide per hour times 10 hours and say 10 optional slides rather than 16. Then the park should easily cope with 10,000 visitors per day...and maybe even at one time and they should all get at least one ride on each slide ...i.e..16 rides on 16 slides.
I've been to appx' 25 waterparks in my life and probably 50 times in total and never have i waited more than 50 minutes to ride a slide. Think, i'm kidding....well take UK, 3 main waterparks all within 90 minutes of each other (Blackpool, Stoke, Alton Towers)....all 3 have Aqua coasters. Approx' 30 slides ...guarenteed to be done in 8 hours, at less than £50 total cost. I don't think in my 50 times in waterparks, have i seen a proper breakdown of over 10 minutes.
After all, what technology do you need for a slide ?....one attendant at the top, one at the bottom...bottom one waves to say all clear, the top one says go to the customer. If they cannot see eachother....walkietalkie. Dear me Universal.....get it right soon, please....pretty please.

What was the facebook video? The video isn't linked properly?

I asked on other videos about what to do for the 3+ hours to get into one ride. The response was "wave pool or lazy river". Sorry, but spending that kind of money for a ride in a lazy river is bunkis.

thoughts i had.
1) only ride each ride 1 time. kind of extreme, but still
2) let you que for multiple rides (like the fast pass system)
3) you can't re-ride the same slide for for # minutes after you rode it (not got in line, but actually went down the slide) that time can be adjusted for the "popularity" of the ride and crow size.
4) need more slides. and to control the crowds. how many slides can you get in at Typhoon or Blizzard?

I mean, the "no wait" sounds amazing. but part of the thing is that line are there to "soak up" people.

I really hope this does get figured out. But, i just don't see it happening nay time soon.

Make Tuesday and/or Thursday Resort Guest only days and for people staying 2/3 nights or longer.