The First Details About Nintendo Land Have Been Revealed

Though we've known about Universal's plan to bring Nintendo Land to life inside its theme parks since last year, Universal finally revealed the first official details about what guests looking forward to this new land can expect. And interestingly, it looks like Universal's plans for this new land are a lot more ambitious than you might have first thought!

1. Nintendo Land is definitely coming to a Universal theme park near you

When it was first revealed that Universal parent owner Comcast was partnering with Nintendo to bring the classic worlds of this video game giant to life inside Universal theme parks, the only location that was confirmed to be getting a Nintendo-based land was Universal Studios Japan. Though we speculated after this initial announcement that Nintendo Land would almost certainly be making its way to Universal Orlando Resort at some point, now it has been confirmed that not only is this new land coming to both Osaka and Orlando, but also Hollywood as well.

The only Universal park that isn’t getting Nintendo Land is Universal Studios Singapore, but this isn’t too surprising as this park is not owned by Comcast, but is instead owned by Genting Group, under a license with Comcast (similar to the arrangement the Walt Disney Company has with the Oriental Land Company for Tokyo Disney Resort).

It’s clear from this mass rollout that Universal is betting big on Nintendo Land and is expecting this new area to be a success on the level of The Wizarding World of Harry Potter. And speaking of the Boy Who Lived...

2. Immersion in this new land will emulate that of The Wizarding World of Harry Potter 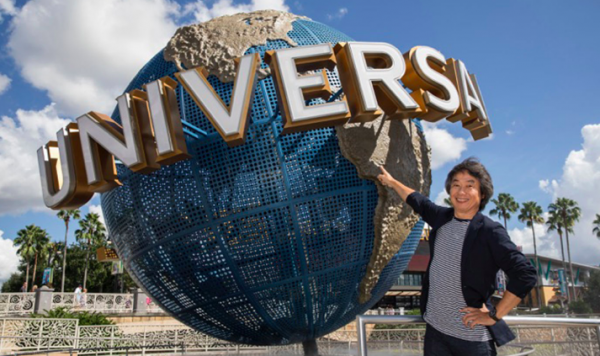 One of the big lessons that the theme park industry as a whole learned from the runaway success of The Wizarding World of Harry Potter was that strong theming and immersion really matters. The ability to get lost in this fictional world, where guests can't even buy a soda that isn't themed to JK Rowling's Wizarding World has been a strong selling point, and many have marveled how just walking around Hogsmeade and Diagon Alley has become an experience worth the cost of admission all by itself.

And though Universal Orlando Resort's recent new additions (Skull Island: Reign of Kong and the upcoming Race Through New York Starring Jimmy Fallon) haven't really matched the immersive experiences you can find in The Wizarding World of Harry Potter, Nintendo Land sounds like it will be returning to this type of experience. You can check out the video below (which features Nintendo's Shigeru Miyamoto and Mark Woodbury, President of Universal Creative) for more on how this new land will bring the world of Mario to life:

According to Universal, the goal for this new land is to make guests feel as if they are playing inside classic Nintendo games in real life. Gigantic Piranha Plants will spring to life around guests, and interactive question blocks and power-ups will be strategically placed throughout the land, providing an experience similar to the interactive spell areas at The Wizarding World of Diagon Alley.

Universal has also confirmed that all shops, dining areas, and more will all be themed to Nintendo properties. Now while we don't know how far that will extend (You can't buy a Coca-Cola inside The Wizarding World of Harry Potter, but you can at Seuss Landing), it looks like Universal believes it has found its newest hit in Nintendo Land, and is going to be making it as immersive for guests as possible.