4 Crucial Changes You'll Notice the Next Time You Ride Dinosaur

It’s been a long fall without the Dinosaur attraction at Disney’s Animal Kingdom, but with Thanksgiving finally kicking off the holiday season last week at Walt Disney World, this world class attraction is once again operational after a nearly four month refurbishment.

Though Dinosaur's downtime ended up being much longer than originally planned (it was originally supposed to open back in September), it looks like a lot has been done during this extended refurbishment time. While nothing has changed about the core experience of the ride (you’re still going back in time to grab a dinosaur under a fairly dubious pretext), guests who board a Time Rover in the near future will notice several exciting new elements of this attraction when they ride. Here's everything you need to know about the extensive changes made during the refurbishment:

1. New projection effects have been installed at key moments in the ride 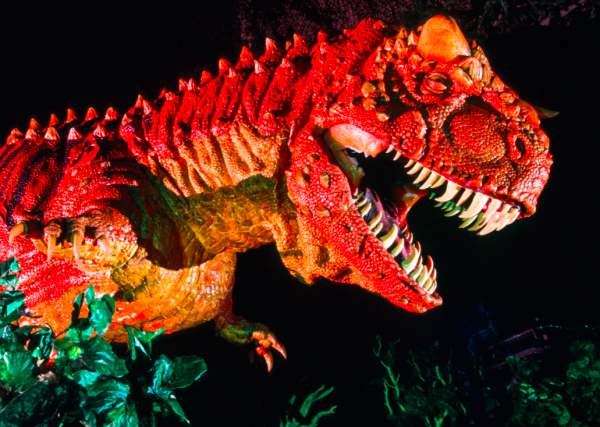 One of the biggest new additions that guests who experience the new and improved Dinosaur ride at Disney's Animal Kingdom will notice is some new projection effects that have been interspersed throughout the attraction. One of the most noticeable new projection elements occurs in the Compsignathus scene, where these little dinosaurs previously dangled over guests' heads during a pivotal part of the attraction. However, it looks like Disney has removed these physical dinosaurs during this attraction’s recent refurbishment, and has replaced the physical dinosaur props (which did not move at all) with subtly-placed screens that show digital versions of these creatures leaping around and nimbly moving through various debris.

Though this is the most noticeable projection effect that has been installed as part of this refurbishment, eagle-eyed guests will also notice a split-second “scanning” of the Iguanodon dinosaur as well during the ride, which matches up well with the audio and provides a nice visual cue that compliments the attraction's story.

2. Lighting effects have been vastly improved 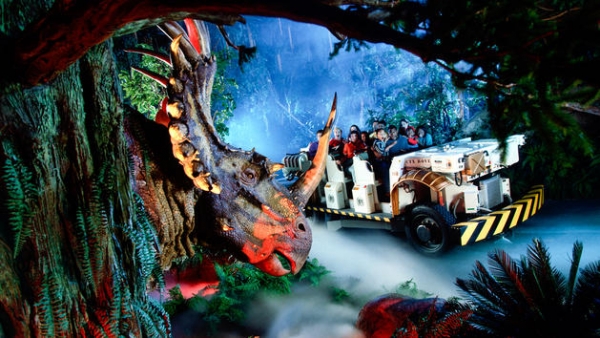 Though you might not think lighting could have a big effect on the overall experience of a theme park ride, the recent refurbishments of both Pirates of the Caribbean as well as Under the Sea: Journey of the Little Mermaid have shown us that intelligent lighting can vastly improve a ride experience. And fortunately, it looks like Disney is continuing to substantially upgrade the lightning inside attractions around the resort, as evidenced by some amazing improvements inside Dinosaur.

One of the biggest lightning changes guests will notice immediately is the enhanced volcanic eruptions and lightning strikes happening behind the dinosaurs in several scenes. While guests might have noticed a few light flashes here and there previously, these effects are much more prominent now, creating a real sense of danger and giving the ride a bigger sense of depth than it had before.

In addition to these newly plussed up background effects, almost all of the major dinosaurs have also been completely re-lit, and now stand out much more against their various backdrops. And while some of the lights make the dinosaurs a lot brighter (and much easier to focus on while you are zooming past in the dark), some new black lights have also been installed to great effect in the finale scene with the Carnotaurus that make this thrilling moment even more exciting.