It’s certainly not a secret that Disney’s Hollywood Studios has dramatically shrunk in 2016, but even though the park has lost over half of its mass in the past year, Disney is still trying to entice guests to come visit this park (and hopefully relieve some of the pressure on the Magic Kingdom) during the busy holiday season. To help accomplish this goal, a number of last-minute changes have been happened at this park over the last week. And while you probably already know about the all-new Jingle Bell, Jingle BAM show that debuted earlier this month or the Santa Claus meet and greet currently taking place down on Sunset Boulevard, some additional changes are happening at this park that you may not have noticed, but will almost certainly affect any guests who visit this park during the upcoming holiday season.

1. Moana meet and greet moves into One Man’s Dream 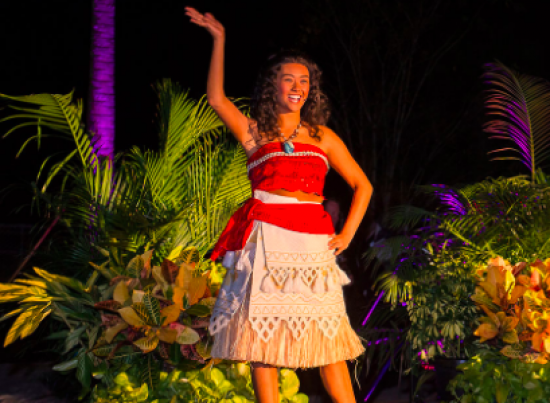 Though the preview of new Disney Animation Studios feature film Moana is still playing in the One Man’s Dream theater, Disney has taken the additional step of actually adding a Moana meet and greet experience to this attraction earlier this week. Though this attraction is already a bit on the cramped thanks to the large museum-style display cases, guests are now able to line up at the rear of the attraction near the theater to get the chance to meet this character on the far side in a space that was formerly taken up by future attraction models.

Though One Man’s Dream might seem at first to be an odd spot for Disney to drop a brand new character meet and greet, right now it is probably the smartest option, as Elena of Avalor has already moved into the Princess Fairytale Hall at the Magic Kingdom, and Moana might not be the best fit at Disney’s Animal Kingdom or Epcot. This newest character inclusion also continues the recent trend of beefing up the character roster at Disney’s Hollywood Studios. Just a few weeks ago, a brand new Doctor Strange character experience debuted at the far end of Pixar Place, right before the construction walls (in an area now called the Bleecker St. Theater), and that experience has proven to be popular, so the addition of another new character here seems logical.

Though we don’t know if Moana will stick around at the One Man’s Dream attraction for a long time (if she proves popular we can see her eventually moving to the Magic Kingdom, akin to how Anna and Elsa did back in 2014 after Frozen became an international megahit), at least for this holiday season it looks like guests wanting to meet Disney’s newest character will be able to seek out this off-the-beaten-path attraction at Disney’s Hollywood Studios to do so. 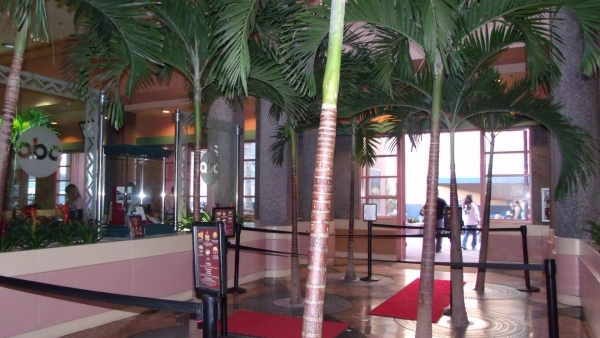 Beginning in just a few days on November 30th, the ABC Commissary quick service dining location at Disney’s Hollywood Studios will be changing its dinner service format. Instead of offering counter service, this eatery will instead begin offering a fast-casual dining experience that features additional menu items that will be made-to-order instead of made in advance.

Guests who stop by this dining location for dinner (which will now be served beginning at 3:30 PM) will be able order their meal at the register as they have always done, and will then need to take a pager and find a seat while their food is cooked and brought directly to their tables.

It is unknown whether this new format is just a test, or a permanent change designed to help offer some variety to this park, which has lost nearly half a dozen dining locations in the past year thanks to construction.