Walt Disney World is no stranger to upcharge experiences. From the resort's various desert parties to separately ticketed special events like Mickey’s Very Merry Christmas Party, Disney is always finding ways to create new and interesting premium experiences for guests who want just a little bit extra on their vacation. However, in recent years some have said that Disney is starting to get a little excessive with its upcharge events.

One of the most notorious examples of this in recent memory was the Magic Kingdom After Hours event, which, as you might imagine given the name, allowed guests to explore Magic Kingdom after the park closed (sort of like a paid Extra Magic Hours). And while this seems like it could be a good idea in theory, tickets for this extra experience came with a hefty price tag: $150 per guest.

However, while you might think that Disney would tone down the upcharges based on the unpopularity of the Magic Kingdom After Hours event, it looks like the Walt Disney World is trying yet again with another outrageous upcharge experience that is unlike anything else we have ever seen at Walt Disney World 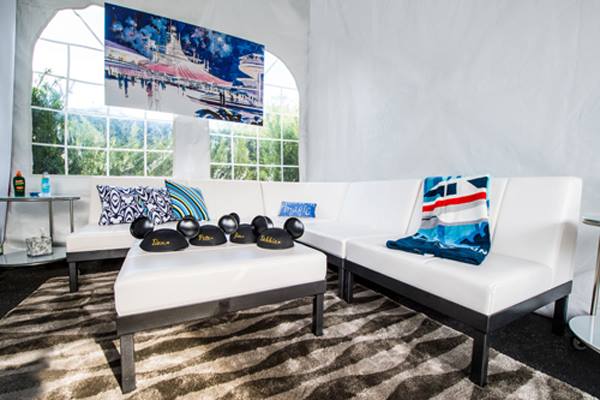 If you’ve walked towards Tomorrowland recently, you may have noticed a number of newly-erected white tents, past Space Mountain near where the bathrooms are. And while these structures look like they have been erected for a runDisney event, they are actually being constructed as part of a new upcharge experience.

Known officially as “Kingdom Cabanas” these pop-up tents will be available for guests to rent at the Magic Kingdom Park beginning on November 27th, 2016. Each tent is able to accommodate up to 8 guests and includes a number of amenities, including the following:

Now while all of this sounds nice, there’s one thing that will likely deter many Walt Disney World guests from taking advantage of this new option: the price. While cabanas like these at most water parks offer similar amenities for between $100 and $200 per party, a private tent in the middle of the Magic Kingdom will set guests back a truly outrageous $691 (with tax). And while that pricetag certainly seems a bit exorbitant, there's something else that is bothering us about this upcharge experience as well...