UPDATE August 12 - It used to be the case that guests could book a time for a Genie+ Lightning Lane attraction in a different park they were hopping to before they got there. It has now been reported that this option is now not possible, meaning guests can only begin the process of booking a Genie+ Lightning Lane selection for an attraction in the park they are hopping to after 2PM.

For many this will be a frustrating change and could mean that guests who are park hopping are no longer able to get a slot because 2PM is fairly late in the day to book popular attractions where all the time slots could well have already been taken.

Genie+ has been updated today and includes a change to booking Genie+ LL when park hopping.

If you're booking a LL at the park you're hopping to -- and the return window is earlier than 2pm -- you won't be able to book until the time is 2pm or later.

We are still waiting for Disney to make park hopping more flexible again. Many fans hope that the time could be brought forward to say 12PM giving guests more flexibility. Disney has not made any inkling that this is currently even being considered but we hope they may think about making this change at some point in the near future. We will keep you posted on our news and Facebook page.

UPDATE August 4 - Disney has made the decision to extend a number of attractions currently in the Genie+ Lightning Lane selection indefinitely. Back in May we heard that Disney had made the following decision:

Until August 7, 2022, Mickey & Minnie’s Runaway Railway, Frozen Ever After, Remy’s Ratatouille Adventure (beginning May 31, 2022), Space Mountain and Expedition Everest - Legend of the Forbidden Mountain will be included via Disney Genie+ service and will not be included as individual Lightning Lane entry selections.

The original plan was for these attractions to return to Individual Lightning Lane after August 7 but now the information regarding this has been deleted from the official website showing these will remain in the Genie+ Lightning Lane selection as part of the $15 per person per day charge for the foreseeable future.

The only attractions that are currently being offered through the Individual Lightning Lanes are:

We will keep you posted on any further changes to the Genie+ Lightning Lane selection on our news and Facebook page. 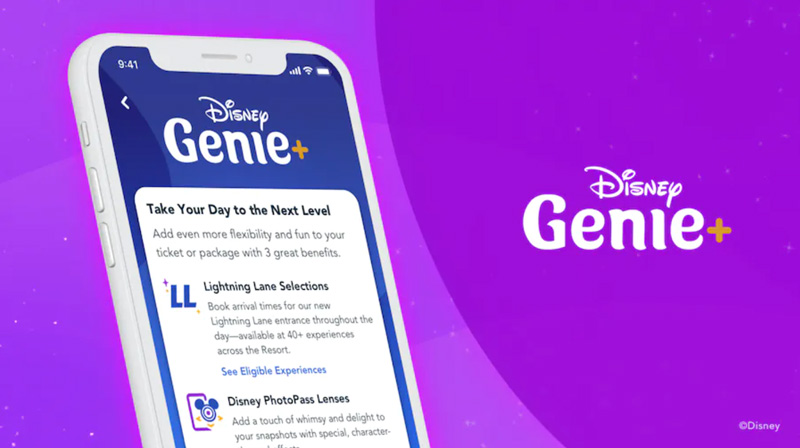 May 18 - Disney sometimes makes changes to the attractions in the Genie+ Lightning Lane Line up and we have heard this week that as of May 31, Remy’s Ratatouille Adventure at EPCOT will be added to the Genie+ line up meaning that it will no longer be able to be accessed with Individual Lightning Lane.

So, from May 31, Guardians of The Galaxy: Cosmic Rewind will be the only Individual Lightning Lane attraction at EPCOT.

On May 31, Remy’s Ratatouille Adventure will join the other attractions that have been moved from Individual Lightning Lane to Genie+ Lightning Lane selections as can be seen from the quote below taken from Walt Disney World's official website:

Until August 7, 2022, Mickey & Minnie’s Runaway Railway, Frozen Ever After, Remy’s Ratatouille Adventure (beginning May 31, 2022), Space Mountain and Expedition Everest - Legend of the Forbidden Mountain will be included via Disney Genie+ service and will not be included as individual Lightning Lane entry selections.

When Remy’s Ratatouille Adventure opened in 2021 it had a virtual queue and an Individual Lightning Lane was made available. The virtual queue was then closed, meaning guests could wait in the standby line or opt to purchase Individual Lightning Lane. From May 31, guests wanting to skip the line for Remy’s Ratatouille Adventure will have to purchase the $15 per person Genie+ service and hope they can secure a slot for the attraction.

Let us know your thoughts on this change to Genie+ by leaving us a comment below or on our Facebook Page.