This week at Walt Disney World, new destinations are teased for Star Tours, we learn more about the upcoming Princess and the Frog ride coming soon to the Magic Kingdom, plus 4th of July fireworks celebrations are set to return to Walt Disney World for the first time since 2019!

1. New details revealed about the upcoming Princess and the Frog ride

Earlier this year we learned that Disney may be targeting a 2024 opening date for the new Princess and the Frog ride at Walt Disney World (and Disneyland) and now Walt Disney Imagineer Charita Carter has shared some of what fans can expect from this upcoming ride. According to Carter, the ride will build upon what was done with the animated film and will feature a "next chapter" that will give the character of Tiana depth. More information about this upcoming attraction is expected to be released later this summer closer to the D23 Expo event.

Splash Mountain is still operating at the Magic Kingdom but with more information being released about this attraction very soon, it seems likely that a closure will happen in the near future, especially if rumors about a 2024 opening are true. However, nothing has been confirmed just yet. 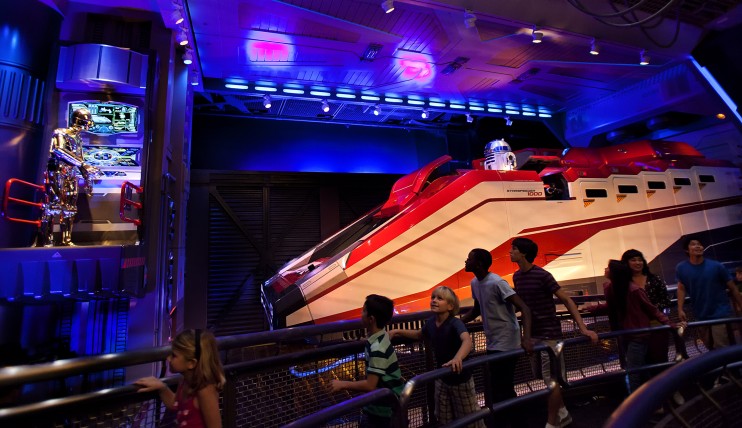 During a Disney Parks Panel at last week's Star Wars Celebration event in Anaheim, Imagineer Scott Trowbridge said that Star Tours will continue to evolve and teased that new destinations could be coming to this attraction, which can be found at both Disneyland and Disney's Hollywood Studios, in the future. No word about what these scenes might be but with series like The Mandalorian and Obi-Wan Kenobi continuing to do well on Disney+ it doesn't seem out of the realm of possibility that new stops inspired by these shows could be in the works.

3. 4th of July tag coming to Harmonious at EPCOT

This year EPCOT will be celebrating Independence Day with a special July 4 fireworks tag at the end of the brand new Harmonious nighttime spectacular. As with the previous IllumiNations tag (which was last performed in 2019) this special ending will feature additional pyrotechnics that will be launched from behind the American Adventure as well as from barges within the lagoon at the end of the show for an especially patriotic end to the show.

4. Disney's Celebrate America! – A Fourth of July Concert in the Sky returns to Magic Kingdom

And speaking of the 4th of July, Disney's Celebrate America! – A Fourth of July Concert in the Sky will be returning to the Magic Kingdom on July 3 and 4, beginning at 9:20 pm. The special Independence Day show will run instead of Disney Enchantment on those two dates in observation of the holiday.