UPDATE (May 11) - It has just been annouced that there has had to be a change of artist for the concerts on May 20 and 21 as the previously confirmed act, Flock of Seagulls, has cancelled due to "unforseen circumstances". Tony Orlando will now be performing at EPCOT on May 20 and 21.  The EPCOT International Flower & Garden Festival runs through July 4, 2022 and the remaining acts to perform in the Garden Rocks Concert series can be seen in the list below.

March 3 - We heard back in December that for the first time since March 2020, the Garden Rocks Concert series will be part of the EPCOT International Flower & Garden Festival which kicked off yesterday (March 2).

The festival includes nearly 20 Outdoor Kitchens with a whole host of food offerings and will run for a massive 125 days in total, ending on July 4, 2022. 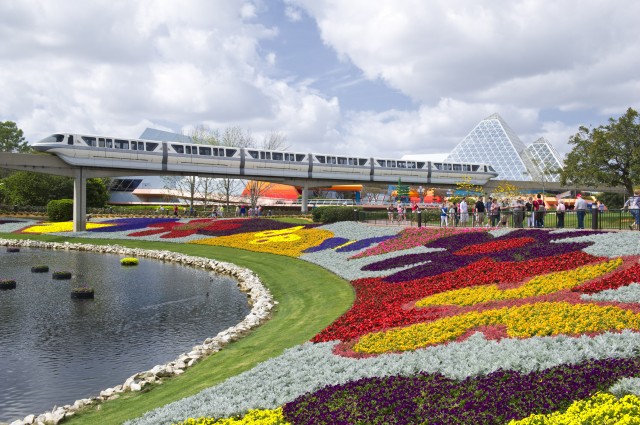 We now know the full line up for the Garden Rocks concerts during the Festival which includes some returning fan favorites as well as a number of new artists:

If you are looking to relax and enjoy one of these concerts then Dining Packages are available Fridays through Mondays throughout the EPCOT International Flower & Garden Festival.

Guests are in for a treat with nearly 100 topiaries on display including a new Goofy entrance display to celebrate the 50th anniversary celebrations. For those people who are looking forward to new merchandise offerings there are five collections available including:

You can check out everything there is on offer from novelty mugs to handbags and hats here. For further information on the 2022 EPCOT International Flower & Garden Festival check out the official website.

Let us know your thoughts on this years EPCOT International Flower & Garden Festival by leaving us a comment below or on our Facebook page.