Here Is An Official Look At Ice Breaker, Will It Live Up To The Hype?

It was officially announced at the beginning of January that Ice Breaker will open on February 18, 2022 at SeaWorld Orlando. This ride has certainly been a long time coming. Originally planned to open in Spring 2020 and understandably delayed due to COVID-19, Ice Breaker will now finally open in just under a months time.

Named after the icy Arctic summits, Ice Breaker will feature four launches, both backward and forwards, culminating in a reverse launch into the steepest beyond vertical drop in Florida — a 93-foot-tall spike with 100-degree angle. 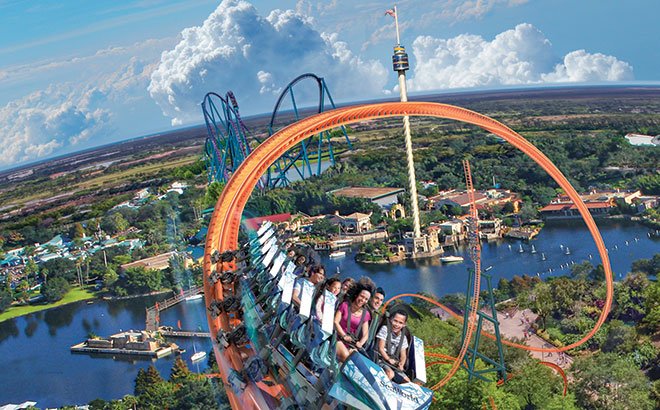 It sounds like a very exciting ride that no one can afford to miss and with its 48-inch height requirement, adventure seekers of all ages should be able to experience all it has to offer.

SeaWorld Orlando has now released an official POV of Ice Breaker which is embedded below. The striking orange track set against the contrasting blue makes it eye catching and inviting. The launch backwards is unexpected especially as it is followed by a launch forward and then wait, another drop backwards and then finally forwards and on with the ride. The near vertical top hat maneuver is sure to get some screams. It boasts thirteen air-time filled twists and turns so it is not lacking in thrills and it includes a sidewinder turn followed by a sideways camelback towards the end.

It certainly looks to me like it will be a hit and a great addition to SeaWorld Orlando but I love every roller coaster so maybe I am not the best person to comment. Let us know from watching the POV whether you think Ice Breaker will live up to the hype by leaving us a comment below or on our Facebook Page.

Ice Breaker to Open at SeaWorld Orlando Next Month