Earlier this year SeaWorld Orlando threw down the gauntlet when it comes to the Halloween Wars in Orlando, announcing that they would be introducing their own version of the Howl-O-Scream event in 2021 that has been a mainstay at other SeaWorld-owned theme parks around the country. Many were shocked by this decision, as Halloween Horror Nights at Universal Orlando Resort and Mickey's-Not-So-Scary Halloween Party (and later the Disney After-hours Boo Bash) had previously held a tight grip on this region. Was there room for this third event? And could SeaWorld Orlando, a newcomer to the Halloween scene, be able to hold their own? We recently attended opening night of Howl-O-Scream Orlando, and wanted to share our thoughts on what we loved, and what needs improvement: 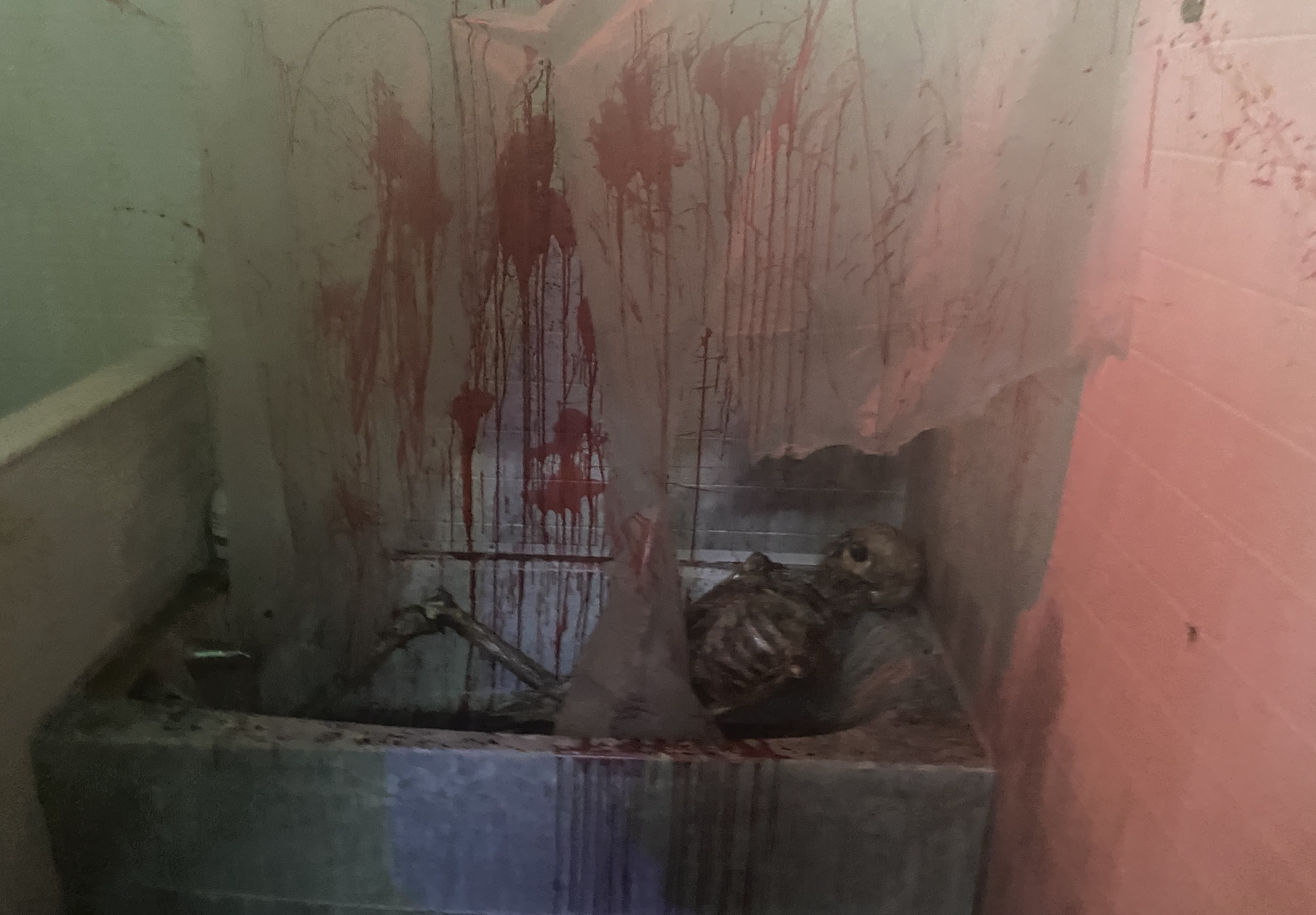 SeaWorld's lineup of haunted houses features a mix of well-worn concepts that pull from the pantheon of haunted house stalwarts. You've got the haunted hotel at Water's Edge Inn, a haunted pirate ship in Captain's Revenge, a science expedition gone wrong in Beneath the Ice, and some paranormal plants in Deep Vines.

And though these tropes may sound a more than a little basic to haunt enthusiasts, SeaWorld's Howl-O-Scream manages to elevate them with interesting twists, fun set design, and VERY committed scareactors. In Deep Vines, guests can uncover a story that includes an unexpected spooky tea party element and scareactors that are truly relentless in their scares, seemingly popping out of the walls to startle guests. Similarly, Beneath the Ice, while it has a very basic story, features a labyrinthine layout with tight corners where guests will have  several "close calls" with the denizens of this house, including a memorable area where guests have to walk in between two caged scareactors, grasping in your direction. 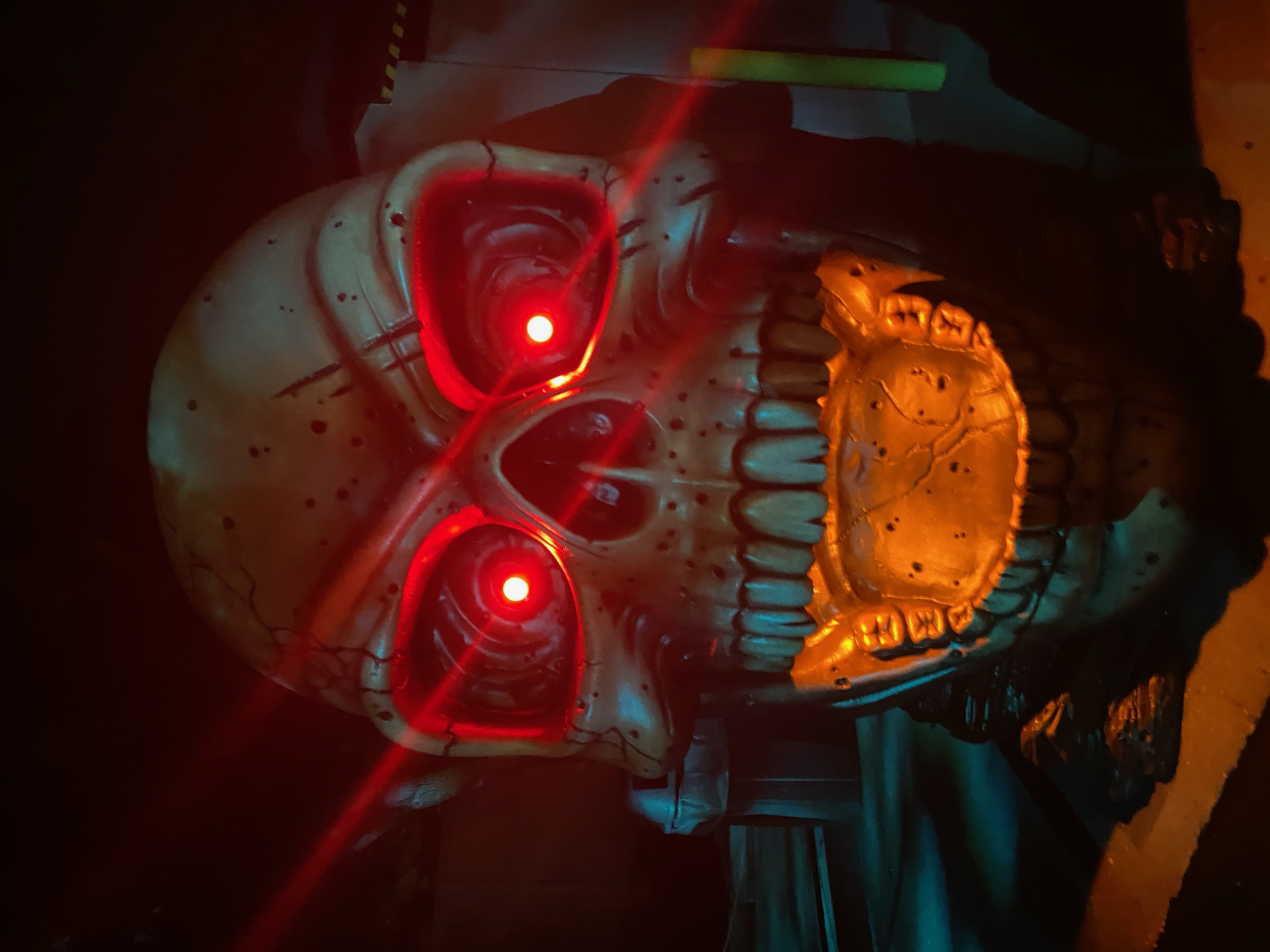 The only haunted house that we have to say that was slightly underwhelming is Water's Edge Inn, which doesn't fully use its haunted hotel theme to its advantage, and has an unclear story about cursed stones that is hard to follow for guests.

However, despite this small quibble, we have to say that the haunted houses at Howl-O-Scream Orlando manage to provide some genuine thrills and chills, and feature high-quality set design, and some truly motivated scaractors that elevate the entire experience. 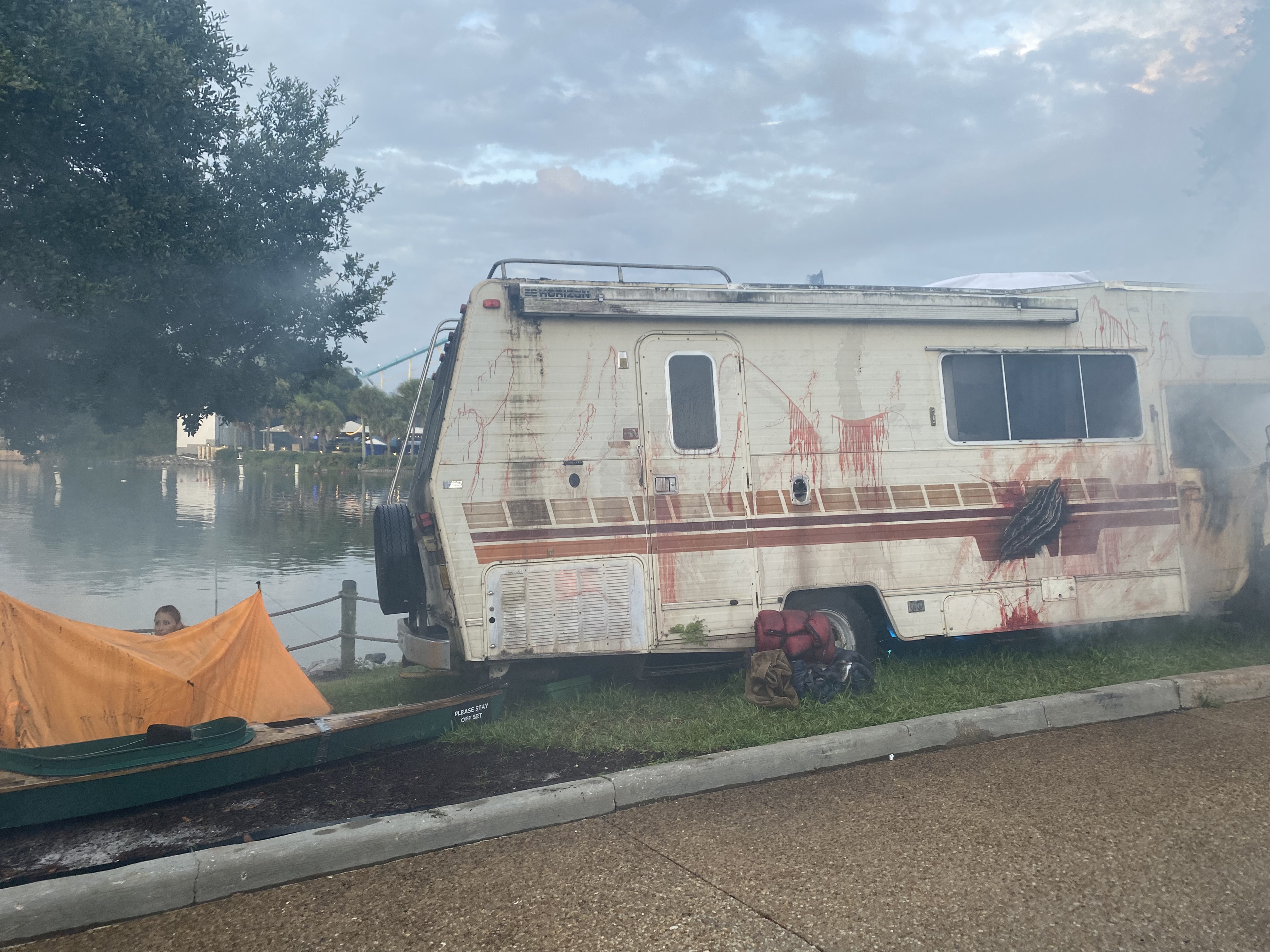 One of the selling points of SeaWorld Orlando's inaugural Howl-O-Scream event was the idea that scares would be everywhere, and nowhere was truly "safe". And in our experience, we found this to be true, with Scareactors at the entrances, exits, and even in restaurants and bars. A standout is the various shrub monsters that hide, camouflaged in the park's many shrubberies that randomly pop out at just the right time to terrify unsuspecting guests walking to their next destination.

In addition to these roaming scareactors, there are also highly themed scarezones that feature some truly great storytelling. A standout for us was Deadly Ambush, which features a detailed set that evokes a 1960s campground where campers, camp counselors, and more run from a hungry beast. The story in this zone was crystal clear, and the scareactors did a great job of surprising and scaring us in this particular zone.

Another standout area was the Poison Grotto themed bar, which features aerialist scareactors above guests' heads who perform amazing acrobatic feats while guests drink below.

Interestingly, guests who don't want to be scared in the park can purchase a “No Boo” lanyard that ensures scareactors outside won't target you for $15. This lanyard does not cover scares in haunted houses, but if you'd rather move from house to house in peace, it may be a good option.