Have you ever wondered how much the top theme park rides based on films cost to construct versus the film budget they take their inspiration from? You may be surprised. Money.co.uk has released a recent report outlining exactly that and it is very interesting to see what the results are.

The report analyses thirty-four rides that are based on films and outlines the construction cost of each ride and then compares this with the film budget. It ranks them in order from the most expensive theme park ride to construct to the least and it is fascinating to get perspective on just how much our favorite rides cost to construct and then see how much it is in relation to the original film budget.

The table below is taken directly from the report: 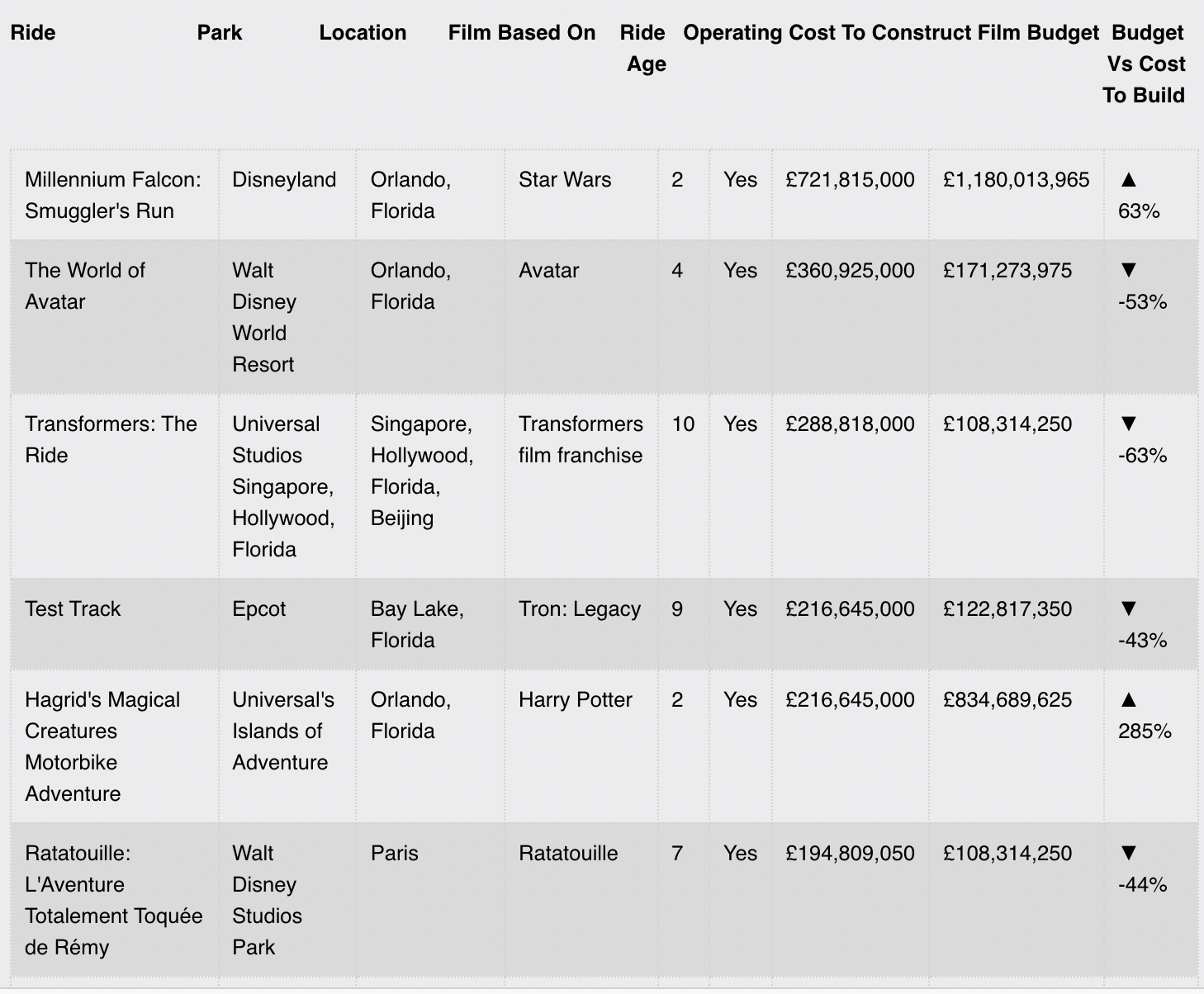 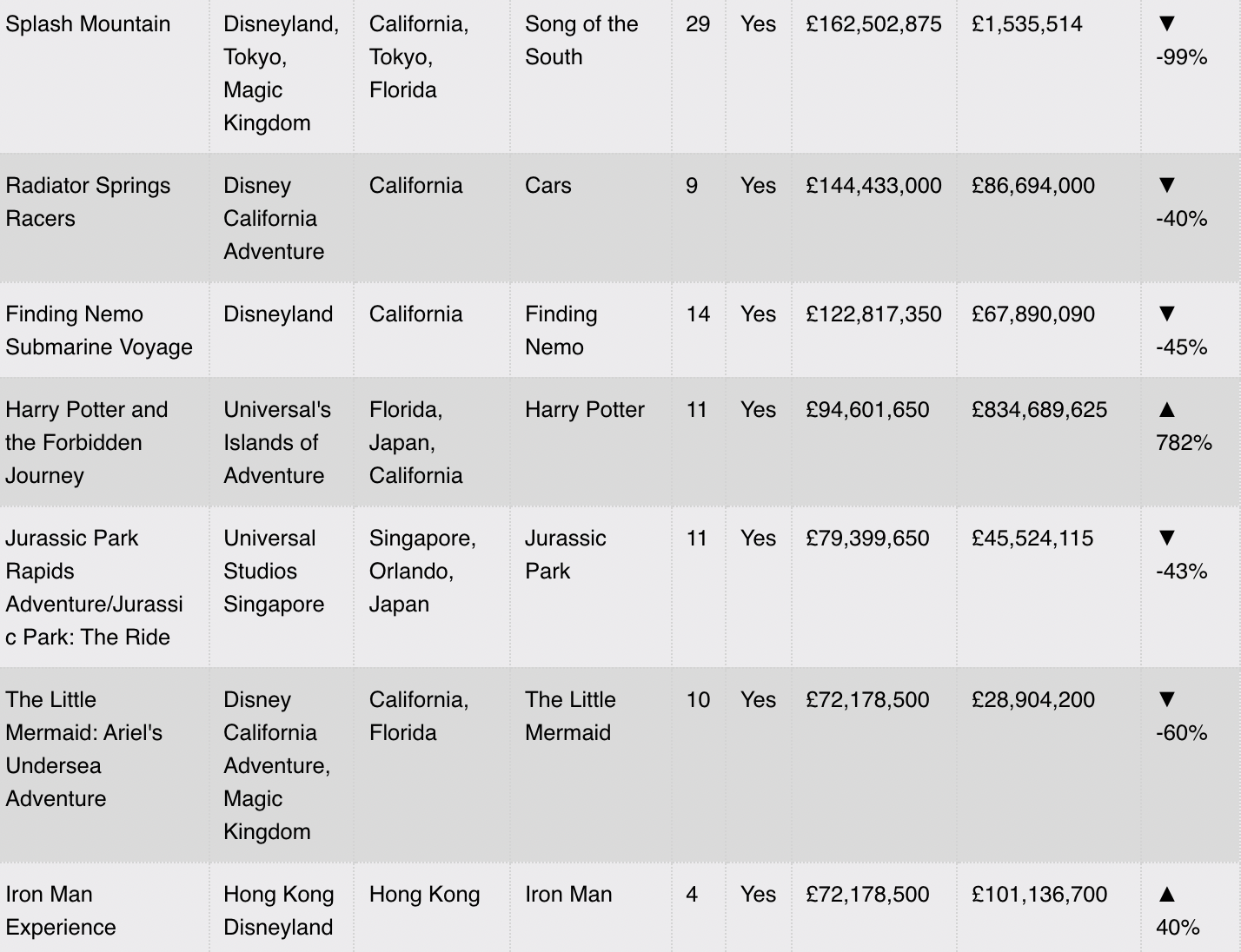 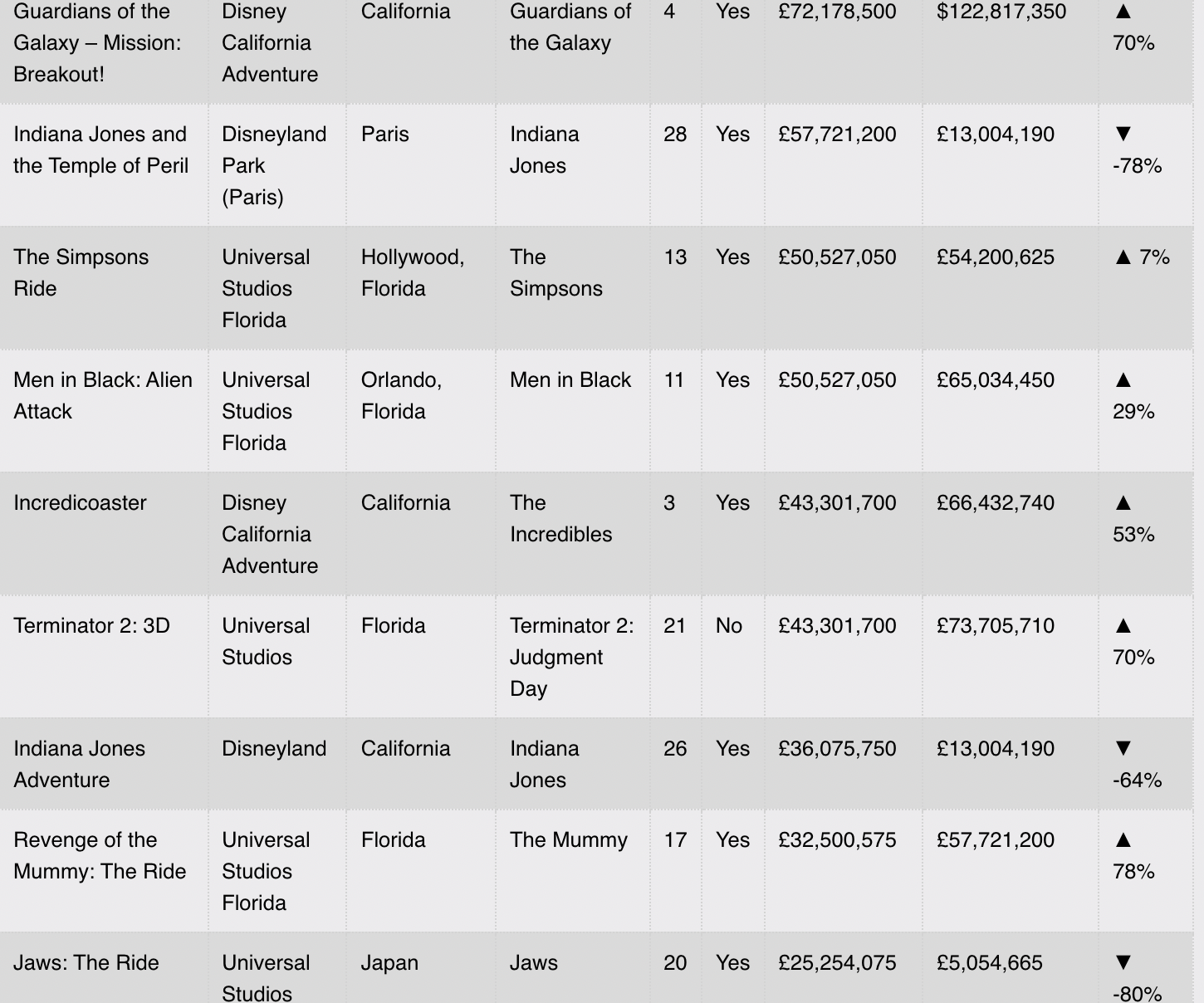 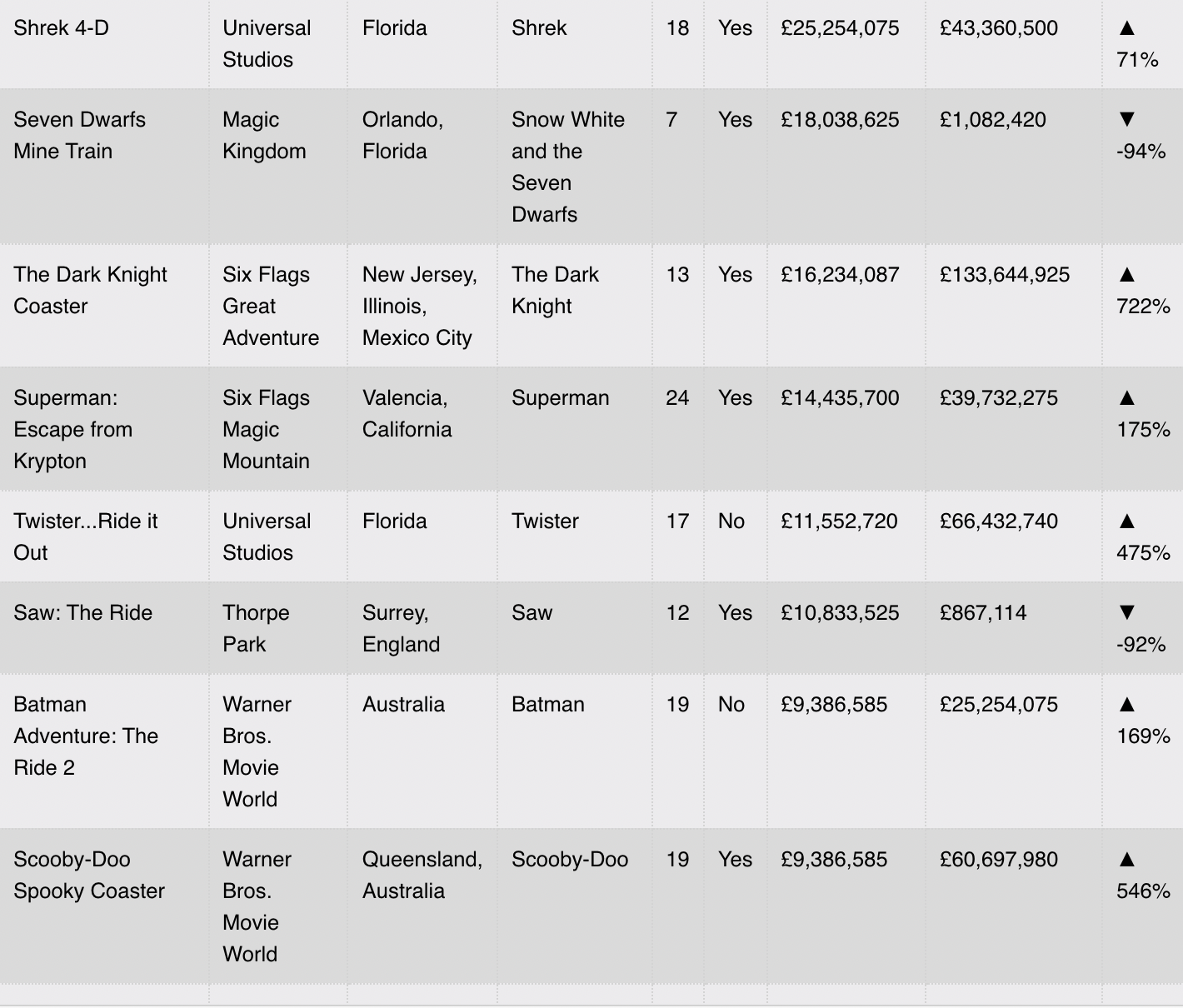 If you look at the comparison between ride construction costs and the film budget out of the top three, both The World of Avatar and Transformers: The ride was over double the cost to construct than the original film budget. Stars Wars film budget was undoubtedly higher at a staggering £1,180,013,965 ($1,625,233,233).

Some readers may question these figures or the methodology of the study, however, I feel the aim is to give an overarching idea as to ride construction costs and to compare with the film budget they are based on and if taken on this level I found the report to be interesting. To read the full report and see the methodology and sources which were used visit, https://www.money.co.uk/credit-cards/best-value-themeparks.

let us know what you think about the ride construction costs of your favorite rides by leaving us a comment below or on our Facebook page.