Late Tuesday night Walt Disney World announced that as of January 20, 2021 the Hall of Presidents is officially closed for refurbishment. While Disney hasn’t announced anything yet, it can be assumed that Biden will be added to the attraction (in audio-animatronic form) sometime later this year.

The last time the Hall of Presidents closed for refurbishment for a new addition, it didn't reopen until December 19, 2017, nearly 11 months after it initially closed. However, in addition to the new animatronic, Disney also debuted a new show element during 2017, as well as a number of technical upgrades including a new sound system, lighting and high-definition projection system and an expanded multi-screen viewing experience, which could be why it took so long last time.

With Disney unlikely to invest in technical upgrades again after less than four years, hopefully 2021's refurbishment of this classic attraction won't take as long as the 2017 edition. 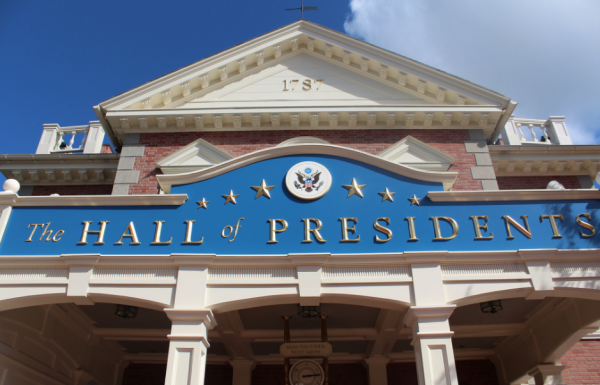 Hopefully we'll learn more about what changes are coming to the Hall of Presidents in the weeks ahead, now that this attraction is officially closed as of today, and Disney will announce a reopening timeframe in the near future. Are you excited to see changes come to this attraction in the months ahead?