This week at Walt Disney World, Disney provides several construction updates on EPCOT project, park hopping is confirmed to be returning in 2021, and more restaurants reopen just in time for the holiday season. 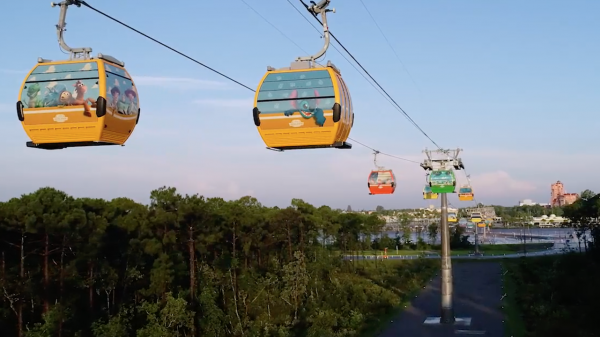 Disney has officially announced that park hopping will be back at Walt Disney World as of January 1, 2021! However, though guests can now visit more than one park per day, the process is a little different than what guests may have been used to in the past. Here are some key changes:

This week the much anticipated walkway from the Grand Floridian Resort to the Magic Kingdom opened, allowing guests to walk a little under a mile from the hotel directly to the theme park. This should help relieve congestion on monorail/watercraft/bus lines, and give guests who don't mind a 15-minute walk easy access to the theme park.

During an EPCOT-centric presentation earlier this week it was revealed that Imagineers are currently carrying out push/pull tests of the Guardians of the Galaxy: Cosmic Rewind ride vehicles on the track, which is a preliminary test that verifies that the vehicles are able to pass through the track as intended before full speed testing. This is definitely a great development for this attraction and shows how much progress has been made, but unfortunately we still don't have an opening window for this attraction.

4. Harmonious barges will be used during the day as water features

Though we still don't have an opening target for EPCOT's new Harmonious nighttime spectacular, barges for this show will be out in World Showcase Lagoon at EPCOT during the daytime, as fountains to offer a special visual feature for guests. No date was given for when we might see these special fountains in action, but with construction basically complete on these structures and no date yet for the nighttime spectacular's debut, we'll hopefully see them in action before the end of the year.