After months of back and forth between unions, theme park representatives, and government officials, the state of California has finally issued reopening guidelines for theme parks to return to operation. Under these new guidelines, it will likely be a VERY long time before large theme parks like Universal Studios Hollywood and Disneyland Resort can reopen, as the new guidelines are based on the state's color-coded tier system, which is as follows:

Under the new guidelines, small theme parks with capacity fewer than 15,000 can open at 25% of total facility occupancy or 500 people, whichever is fewer when the county tier is at Orange (Tier 3). In this stage, only outdoor attractions are permitted to open; all other indoor attractions must remain closed and ticket sales must be limited only to those visitors who reside in the same county as the park’s location. These new rules would allow small parks like Pacific Park in Santa Monica and San Diego's Belmont Park to operate at a very reduced capacity, and would not apply to any major theme parks in the state, including Disneyland Resort, Knott’s Berry Farm, Six Flags Magic Mountain, SeaWorld San Diego, or Universal Studios Hollywood

In order for these larger theme parks to open, the county that these parks are in would have to reach the Yellow (Tier 4) level, which can only be achieved when there is less than 1 daily new case per 100,000 county residents, which is a bar no counties in Southern California (where the vast majority of theme parks are) can currently clear. However, if and when counties do get to the yellow level, large theme parks must cap capacity at 25% of total facility occupancy, all queueing must be done outdoors, and capacity on all indoor dining and drinking establishments within the park must be limited to 25% as well. In addition, if a county slips back to the Orange tier, they would need to shut back down.

As expected, Disney was not happy with this decision, and have released a statement regarding these guidelines: 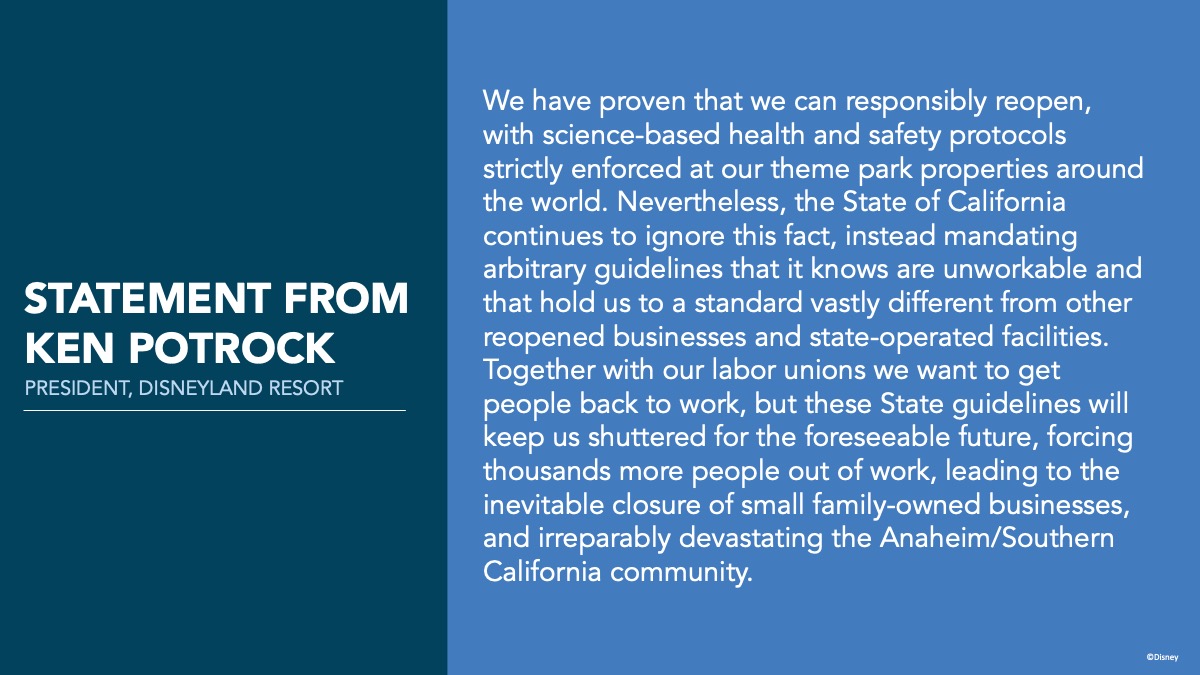 In addition, Erin Guerrero, Executive Director of the California Attractions and Parks Association, made a statement to Deadline criticizing this measure in the harshest terms possible, saying  "By forcing amusement parks to stay closed until their home county reaches Tier 4, the Governor has issued a “Keep Theme Parks Closed Indefinitely” Plan which will devastate California’s major theme park industry". 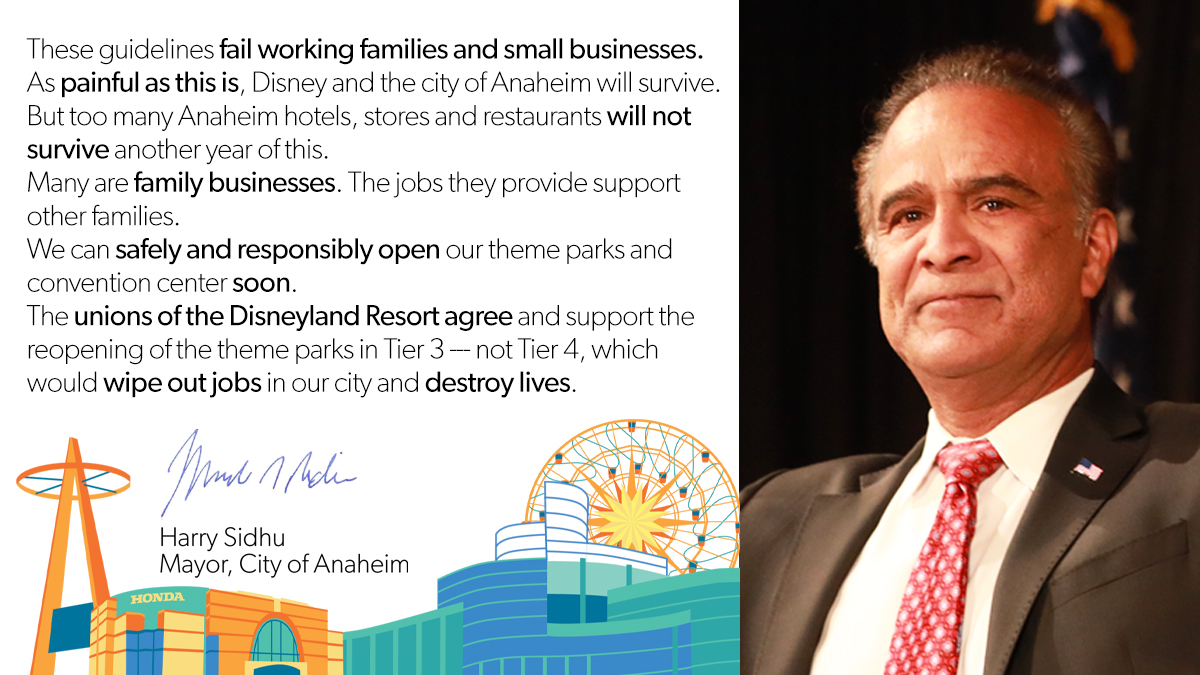 Unfortunately it looks like it is going to be a long time before we see any openings, as COVID-19 cases are predicted to rise as the weather gets colder and there doesn't seem to be a lot of flexibility in these guidelines. You can see the full set of theme park guidelines here.

Star Wars: Rise of the Resistance Gets Shortened for Disneyland Reopening