This week at Walt Disney World, hours are cut at the theme parks and several closures come to separate corners of the resort.

1. Disney Parks cut hours heading in to the fall

Though hours have already been cut across the board, Disney announced this week that they were trimming their parks' schedule even further, with the following daily hours of operation taking effect on September 1:

One of the attractions that did not open with Walt Disney World when it reopened in July was the Tomorrowland Transit Authority. However, unlike other attractions like Primeval Whirl and River of Light, which are now closed forever, this attraction is expected to reopen at some point, and Disney has officially updated its website to say that this attraction will be under refurbishment at least through to the end of October 2020.

The seven third party operated hotels located in the Disney Springs area have all featured a small Disney Store inside them, which sold Walt Disney World tickets, gifts, and sundries. However, it looks like Disney is in the process of closing down all of these locations, as current conditions have made these leased spaces not profitable enough to keep operating. 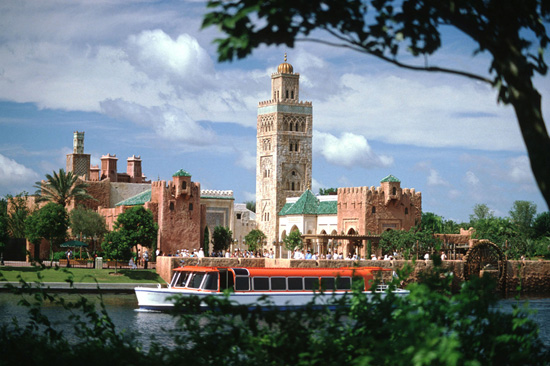 This week also saw the closure of The Tangerine Cafe in Epcot's Morocco Pavilion. Right now it is unknown if this location will reopen at all, as it is by a third party vendor. However, when traffic at the park picks up again, we would expect some kind of eatery to reopen in this space, whether it is the original Tangerine Cafe or something new.