Disney Parks have been closed for nearly three weeks now, and with a statewide Stay at Home order in effect for Florida until at least May 3, 2020, it looks like it is going to be a LONG time before parks reopen. With that in mind, Disney has made two big announcements regarding policies at its parks going forward in regards to both payments for annual passholders as well as ongoing payments for Cast Members while the theme parks are closed. 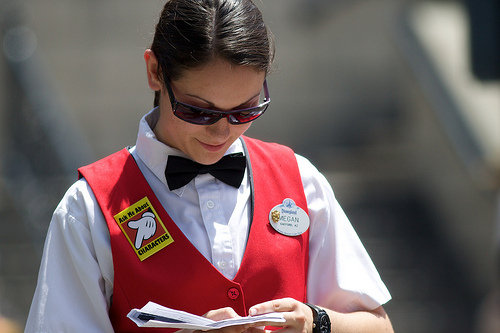 Unfortunately Disney announced earlier this week that non-union Cast Members, which have thus far been paid through the shutdown, will have their paychecks stopped after five weeks of compensation on April 19. Right now this furlough does not apply to union employees, but sources say that Disney is working with union representatives this week to work out some kind of deal.  In addition to to theme park Cast Members, non-essential Disney Cruise Line, Disney Store, and Film Studio employees are also included under the furlough. Though we don't know exactly how many non-union employees are affected, it is estimated that the entire Disney Parks, Experiences and Products segment has around 177,000 Cast Members in total, with the vast majority affected by this furlough.

Disney has stated that it will maintain health and insurance benefits coverage, paying both employer and employee contributions during this furlough. In addition, Cast Members currently enrolled in Disney Aspire will continue to have access to the education program.

Though many Cast Members will be able to resume their positions when the parks eventually re-open, with no end in sight for the COVID-19 Pandemic, under the furlough they are allowed to apply for unemployment assistance in their respective state until their job is reinstated.