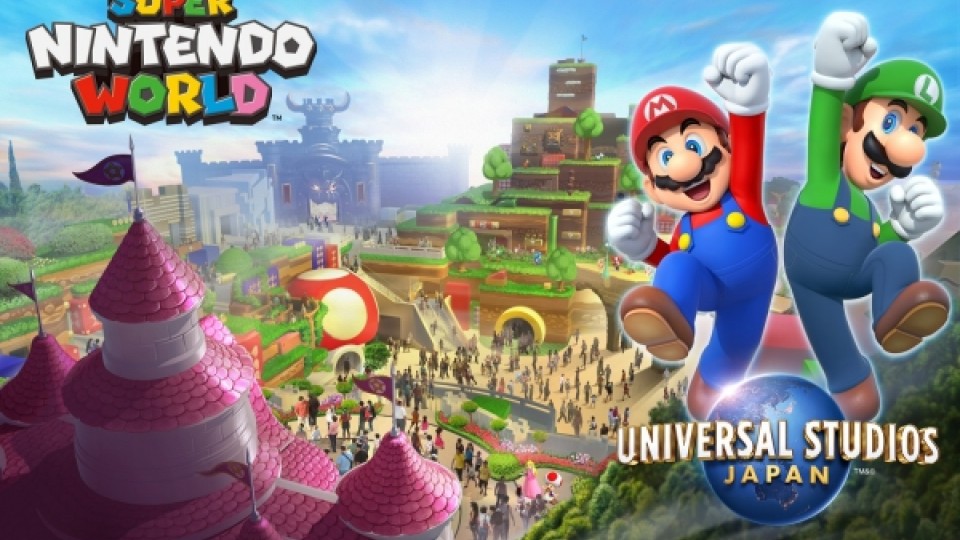 It's hard to believe, but the first Super Nintendo Land is almost finished at Universal Studios Japan, and construction is still ongoing to get this land ready for a 2020 debut. Though the original plan was to have this land ready for the opening of the 2020 Olympics in Japan, with serious doubt being cast on whether this event is still even going to happen, Universal is under less pressure to finish this land in time. However, recent photos have been snapped of construction workers putting the finishing touches on this land before its debut later this year.

When it opens, this new, immersive land promises to be “a life-size, living video game,” complete with blockbuster attractions, familiar landmarks such as Bowser’s Castle, Peach’s Castle, and Toad’s House, all while recreating the look of a Super Mario Bros game level, complete with Piranha Plants, question blocks, coins, and warp pipes.

This new land's star attraction will be a "realistic" Mario Kart ride, but with only a few months to go before this new land opens, this attraction strangely remains shrouded in mystery. In addition, this new land will feature a Yoshi omnimover dark ride attraction that will be a hybrid indoor/outdoor attraction, featuring over 40 state-of-the-art animatronics, and a scenic view of the park from one of the highest points in all of Super Nintendo World.