Though much of the news this week has been focused on the effects of Coronavirus at Disney theme parks both abroad and in the US, this week has been an especially weird one at Walt Disney World specifically, with a number of strange incidents all happening right after one another. From a strange boarding pass malfunction for Star Wars: Rise of the Resistance to a sinking ship and even a Tomorrowland mishap, here's everything that happened during Walt Disney World's weird and wild week!

1. Star Wars: Rise of the Resistance boarding passes become accidentally available to everyone

It's no surprise to frequenters of this site that getting boarding passes to Star Wars: Rise of the Resistance is a bit of a complicated process. In an effort to prepare themselves, a lot of guests planning a trip to Disney's Hollywood Studios do a "test" run several days before their vacation, following all the steps to get a boarding pass at home. Of course, they're ultimately not able to get a boarding pass, since the system blocks anyone not currently scanned in to Disney's Hollywood Studios from actually obtaining a pass.

However, on Wednesday February 26, guests practicing at home accidentally GOT a boarding pass, as My Disney Experience seemingly malfunctioned, and handed boarding passes out to everyone who tried to use the app, regardless of their location! Obviously, this led to scarcer than usual boarding passes for guests visiting the park and long lines at Guest Relations, but the good news is that by Thursday, the location lockdown was back. However, something at another park made headlines on Thursday... 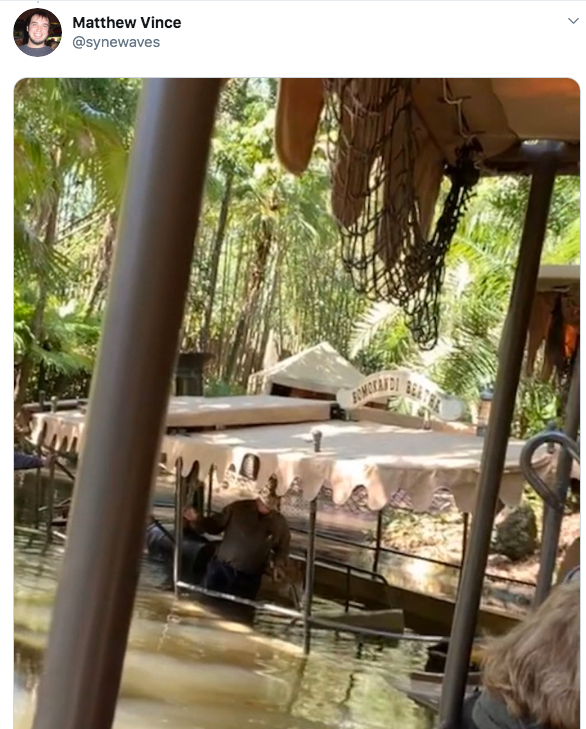 Jungle Cruise skippers may joke about the quality of their boats regularly, but on Thursday, February 27th, a Jungle Cruise boat actually took on water and began to sink! Fortunately no one was hurt and guests were evacuated safely, even though many of them got more than a little wet! You can check out a video of the incident here. After the attraction reopened, Disney released the following statement:

A boat took on some water. Reedy Creek Fire Department responded immediately to this event. Everyone got out of the boat safely. We worked with guests individually so that they could enjoy the rest of their day in the park. The attraction has reopened.