Though we've guessed for awhile that cuts were coming to Walt Disney World, it looks like the first round of cutbacks could be coming very soon to Disney's Hollywood Studios in the very near future. However, the good news is rumors suggest that something new could be coming to this park in the near future as well!

Star Wars: A Galaxy Far Far Away could be coming to an end very soon

We've never been all that impressed the Star Wars A Galaxy Far, Far Away stage show, as this show has always felt like a temporary offering that quickly got Star Wars into Disney's Hollywood Studios after the Lucasfilm acquisition. And though this show does (somehow) continue to draw crowds, rumors suggest that this show's almost four year run could be coming to a close as soon as the end of this month.

Though this has not been confirmed yet, with Star Wars: Galaxy's Edge continuing to draw massive amounts of guests, there's not really much of a need for this show any more, making this one cut that truly does make sense at Disney's Hollywood Studios

Character meet and greet roster getting slimmed down 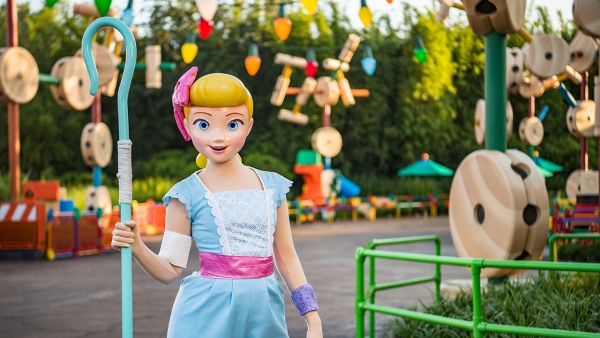 Though Disney's Hollywood Studios has over a dozen character meet and greets around the park, it looks like the lineup is getting a bit of a trip, as rumors suggest that the following characters will be getting the ax in the near future:

No specific end date has been announced for these character meet and greets, but rumors seem to indicate that these characters will be going away very soon. However, there may be some good news amid all these cuts...

The Star Wars stage show will absolutely go because Disney will want to showcase the new Mickey and Minnie’s Runaway Railway attraction. The Star War stages are in the way of the attraction marquee.

The Star Wars stage show will absolutely go because Disney will want to showcase the new Mickey and Minnie’s Runaway Railway attraction. The Star War stages are in the way of the attraction marquee.