One of the most-anticipated new attractions coming to Walt Disney World in the near future is the Tron roller coaster, which we now know will be named TRON Lightcycle / Run at Walt Disney World.

This attraction, will be an almost exact clone of Tron Lightcycle Powercycle Run, the hit attraction at Shanghai Disneyland that allows guests to board a train of two-wheeled Lightcycles and go on a high-speed adventure through Tron’s high-tech universe, was officially announced in 2017, and fans have been eagerly awaiting more information since then as construction has progressed. 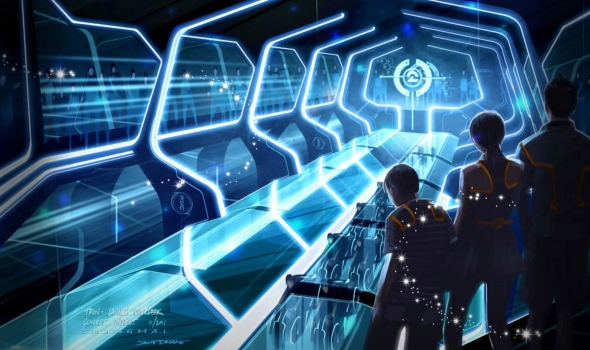 And though we already know a lot about this upcoming attraction thanks to its Asian predecessor, Disney provided some additional details about progress on this attraction earlier this week that include a major milestone and confirmation of an opening target for this upcoming ride!

Disney revealed this week via their parks blog that earlier this month the final piece of the attraction’s ride track has been officially installed. You can check out the video above that showcases the Magic Kingdom Cast Members and Imagineers that were on hand for the occasion.

And though this is definitely a huge milestone for TRON Lightcycle / Run, this attraction is a long way away from being ready for prime time...

Ya think maybe an article titled "Disney Confirms Opening Date" might actually include, y'know, THE DATE?

Sorry - where exactly in this article does it "confirm the opening date"??

As someone born in 1971, I’m looking forward to celebrating my 50th birthday along with WDW. Please don’t age me prematurely. 😊