Star Wars: Rise of the Resistance is set to open at Disney's Hollywood Studios just in time for the busy holiday season, and will be a more traditional dark ride experience that will be using some amazing technology to bring the world of the First Order to life (and bring a much-needed second ride to Star Wars: Galaxy's Edge).

Though we've already learned quite a lot about this new attraction, Disney recently shared some exciting new looks inside Star Wars: Rise of the Resistance earlier this week that have us even more excited for this ride!

March of the Stormtroopers 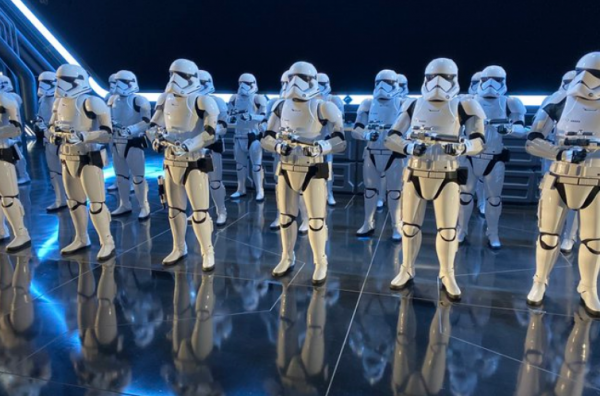 One of the first things we learned about Star Wars: Rise of the Resistance was that it is going to have a whopping total of 305 animatronic figures and droids, almost a third of which are expected to be Stormtroopers. And earlier this week Disney shared a look at what will surely be one of the most impressive scenes in this attraction with all the animatronic Stormtroopers all assembled as you can see above.

In addition to this scene, Star Wars: Rise of the Resistance will have 18 different show scenes that involve 5 different ride systems, making it one of the most (if not the most) technically advanced rides at a Disney theme park ever. 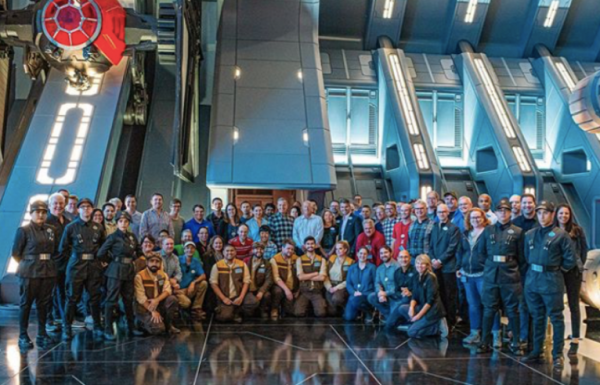 Another sneak preview photo provided by Disney showcases what may very well be part of the same show room, and features a First Order TIE Fighter in a hanger area, which looks a lot like the one that Finn and Poe escaped from in Star Wars: The Force Awakens.

Though we of course don't know for sure, we'd guess that these two images are probably from the very beginning of Star Wars: Rise of the Resistance based on what we've heard from leaked spoilers about this attraction (as well as initial concept art). And even though these images don't give us much to go on, it is still exciting to get an official look inside this attraction, which is said to be a half hour long, with three pre-show segments happening before the ride itself, which is rumored to be less than ten minutes long.