Now that Toy Story Land and Star Wars: Galaxy's Edge are open at Disney's Hollywood Studios (well at least, for the most part), the reinvention of this park is nearly complete. However, there's one big piece of the puzzle still missing: Mickey and Minnie's Runaway Railway. This new attraction, inspired by the Mickey Mouse animated shorts that air on the Disney Channel was originally set to debut this year, but it looks like some technical issues have caused it to be delayed until mid-2020.

And though we're still waiting on an official opening date for this new attraction, Disney has announced a new addition for Disney's Hollywood Studios that will hopefully get fans hyped up for the eventual addition of Mickey and Minnie's Runaway Railway! 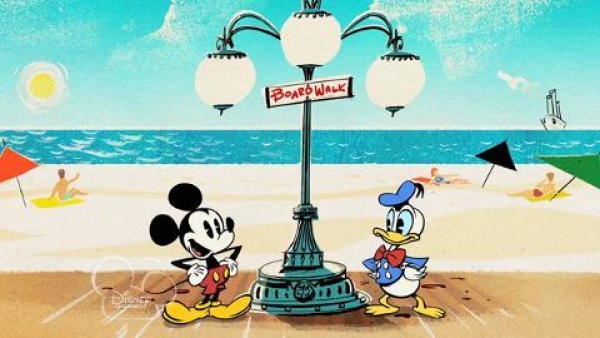 One of the most under-utillized spaces at Disney's Hollywood Studios is the former Sounds Dangerous attraction building, which has been used over the past several years as a temporary screening room for movie previews and, most recently, the Star Wars: Path of the Jedi recap film.

However, it looks like this space will be getting a permanent purpose in the near future, as Disney has announced that this space will be getting a makeover in the next few months, and will be re-branded as the Mickey Shorts Theater. Set to open in Spring 2020, this made-over space (which only a few paces from the eventual entrance to Mickey and Minnie's Runaway Railway) will show a number of Mickey shorts throughout the day. No information has been released about what shorts will be a part of this new attraction (or if there will be a parks-exclusive short), but we expect to hear more in the coming months as plans for this new entertainment space come togehter.

Star Wars: Path of the Jedi is already permanently closed 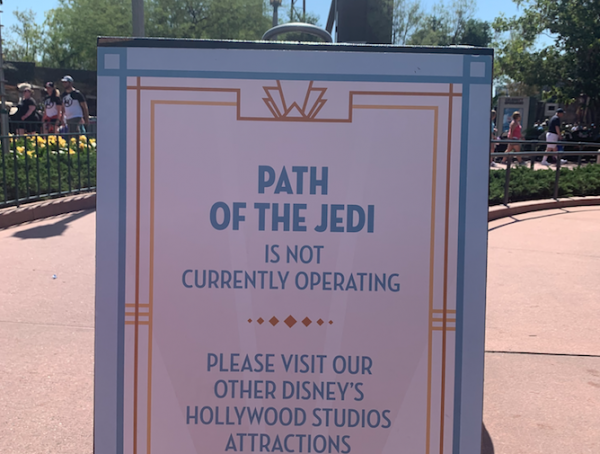 Though Star Wars: Path of the Jedi has been operating seasonally for some time now, this (very outdated) attraction has now been permanently closed at Disney's Hollywood Studios. But with Star Tours, Star Wars: Galaxy's Edge, Star Wars: A Galaxy Far, Far Away and the Star Wars Launch Bay all still operating, Star Wars fans aren't exactly hurting for choice at this park, and this attraction has simply been a place-holder for far too long anyway, so its doubful many will miss it.