There's nothing quite like a stay at Walt Disney World, and though there are more than two dozen Disney-branded hotels for guests to explore across the Lake Buena Vista resort, Disney recently announced some aggressive expansion plans that will see three brand new properties added to its already impressive resort catalog, including one that is opening later this year! 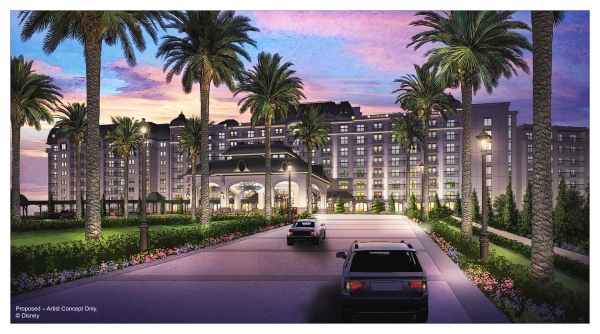 In an effort to increase Disney Vacation Club inventory, in 2017 Disney announced the new Disney Riviera Resort, which will be located in near Disney's Caribbean Beach Resort. Because of its central location, guests staying at this resort will not only be able to enjoy unbelievable views of nighttime spectaculars at both Epcot and Disney's Hollywood Studios from this hotel's rooftop restaurant, but will also be able to use the brand new Disney Skyway transportation system, opening this month at Walt Disney World.

Inside Disney's Riviera Resort, guests will find a mix of modern and classic 20th-Century furnishings as well as a unique art collection celebrating beloved Disney Characters and icons, influenced by master artists who found inspiration along the European Riviera. 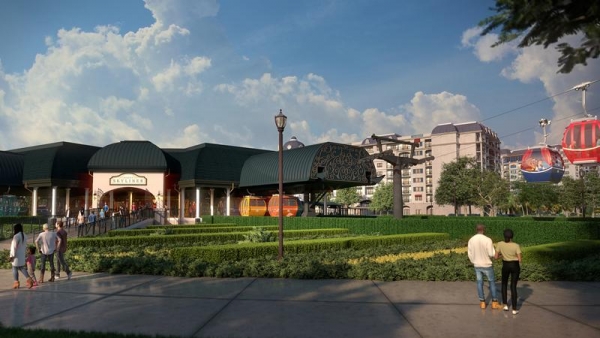 Construction has almost finished on this 300-room hotel, and Disney has announced that Disney's Riviera Resort will open before the end of the year on December 16, 2019.

This new hotel will feature a mix of Deluxe Studio, 1-Bedroom, 2-Bedroom, and 3-Bedroom villas in addition to a brand new Tower Studio room style. This new type of accommodation, designed for two people only, includes a private balcony with seating for two and a mini kitchenette. However, perhaps the most striking feature of this room is that there is no full-size bed! Instead of having a traditional bed in the room, Disney is outfitting each Tower Studio with a queen size murphy bed that tucks away into the wall (you can see an example below, look for the handles!) 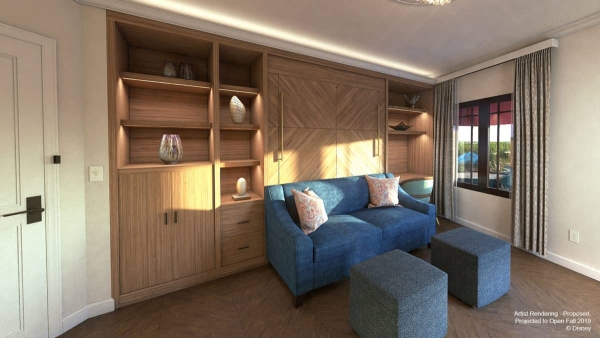 Guests who are interested in this compact room concept may wonder if its compact size and design might make it a good value for those wanting to stay near a gondola station, but unfortunately these rooms are going to still be quite expensive, with rack rates starting at $335 a night, plus tax.