The next few years are going to be very exciting for theme park fans in Central Florida, with Walt Disney World opening almost two dozen new attractions before 2021, and several major projects in the works at Universal Orlando Resort (including a brand new theme park!).

However, the aforementioned two theme park heavyweights aren't the only players in the central Florida game, as both SeaWorld Orlando and Busch Gardens Tampa have announced two new thrilling attractions that will be coming next year that are going to break some very exciting records! 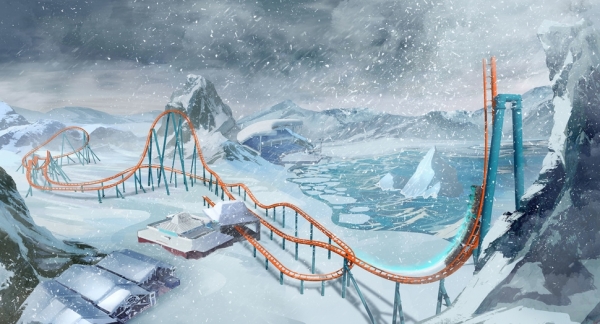 Image: SeaWorld Orlando
SeaWorld Orlando has announced a brand new launch coaster for its Wild Arctic area of the park named Icebreaker. On this attraction guests will blast through four different launches, both backwards and forwards, culminating in a reverse launch into the steepest beyond vertical drop in Florida — a 93-foot tall spike with 100-degree angle.
In addition to the thrilling elements of this roller coaster, SeaWorld has announced that they have partnered with Alaska SeaLife Center, who will be developing an educational aspect of this attraction. Primarily dedicated to marine research, education and wildlife response, the Alaska SeaLife Center mission matches closely to SeaWorld Orlando’s, making them a perfect partner to help educate riders about the Artic and its inhabitants. 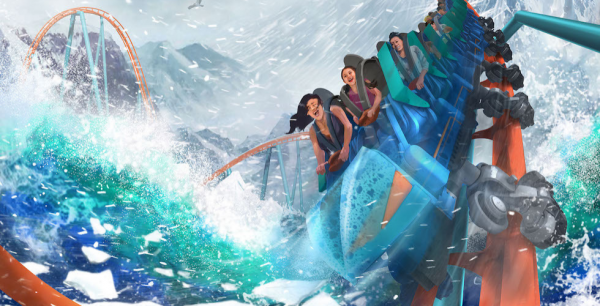 Image: SeaWorld Orlando
Though we're excited about the thrilling elements of this attraction (which will reach 52 MPH and last 90 seconds), SeaWorld has announced that this new ride will have a relatively low 48 inch height restriction, which should help Icebreaker appeal to the family-friendly crowd, as well as coaster enthusiasts.