Though it's not due to open for another few weeks, previews have been ongoing for Star Wars: Galaxy's Edge at Disney's Hollywood Studios, and during a recent sneak peek we were able to experience the new Millennium Falcon: Smuggler's Run attraction several times, taking the most famous ship in the galaxy out for a few spins on a special mission. And though this ride is identical to the one that is already open at Disneyland, if you didn't make it out to California for the debut of the first Star Wars: Galaxy's Edge, here's what we thought about this ride during our first experience on this ride at Disney's Hollywood Studios earlier this week!

Living your own adventure 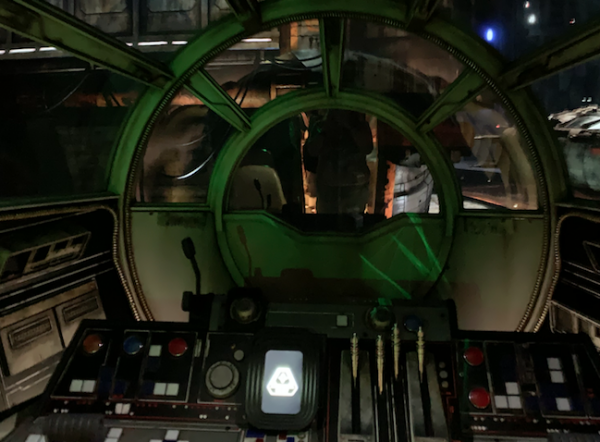 The larger premise of the larger Star Wars: Galaxy's Edge area is that guests visiting this land are no longer inside a Disney park, but instead living their own adventure inside the Star Wars universe. And Millennium Falcon, Smuggler's Run is really a perfect execution of this idea.

The set up for the attraction is pretty simple: Hondo Ohnaka (a character from the Star Wars: Clone Wars and Star Wars: Rebels TV series) has brokered a deal with Chewbacca to borrow the Millennium Falcon for a special smuggling job that will help the Resistance (as well as earn Hondo some credits at the same time). And this is where you come in!

The Millennium Falcon needs a crew of six to accomplish this mission: two pilots (one to steer the ship left and right, and the other to ascend and dive), two gunners (to fire weapons) and two engineers (who mitigate ship damage incurred during the mission).

Getting in the cockpit 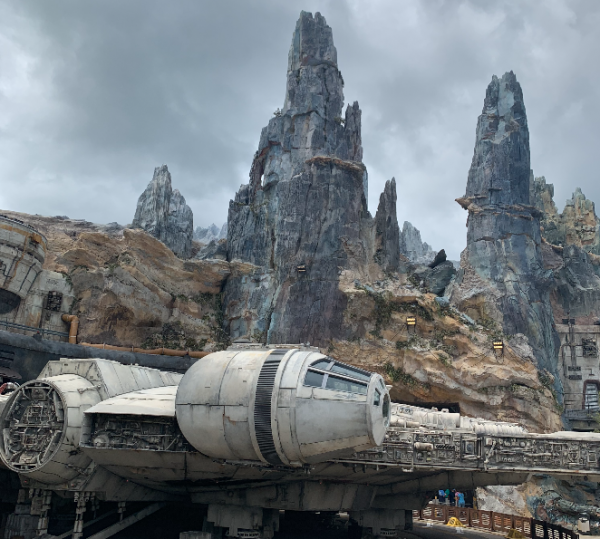 After a few short pre-show sequences where Hondo tells you more about the mission, it's time to board the Millennium Falcon. But before you do, you're able to hang out in the iconic room in the Millennium Falcon with the Dejarik game, mingling with other guests and taking pictures. While you're in this room, Cast Members will gather teams by color, and then eventually load guests into the Millennium Falcon cockpit by taking them down a very familiar hallway. From there guests watch another short video, and then quickly get into a very familiar looking cockpit. And then, once guests are in their seat, with their seatbelt on, a glowing button is pressed, and it's time for the ride to begin....