Universal has come under serious fire in recent years for relying too much on screen-based rides, with attractions like Skull Island: Reign of Kong and The Fast and the Furious: Supercharged, earning jeers from fans, who have long desired to see a return to thrilling, highly themed rides with practical effects, like The Mummy and Harry Potter and the Forbidden Journey. And though it took several years, we have to say that Universal has finally given fans everything they have asked for with Hagrid's Magical Creatures Motorbike Adventure, an attraction that seamlessly blends story, theming, and some serious thrills! 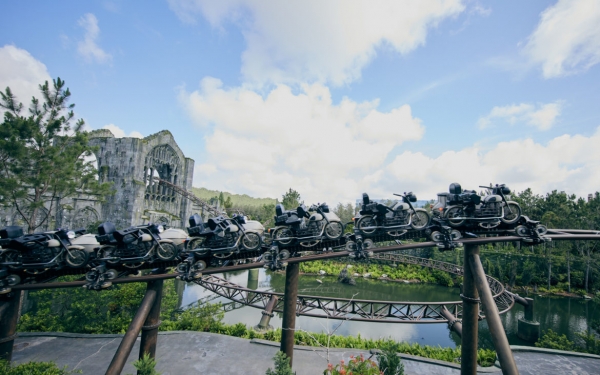 Like any good theme park attraction, there's a bit of a story to this ride. Guests take on the role of students, who are attending a special Care of Magical Creatures class inside the Forbidden Forest. In order to get into the forest, guests will need to hop inside a special motorbike that has been enchanted with the help of one Arthur Weasley. And that's where the fun begins. 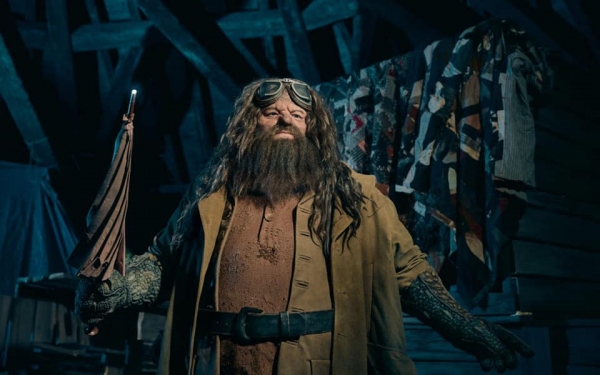 Hagrid's Magical Creatures Motorbike Adventure uses a simple conveyor belt system to load guests into specially made trains that resemble a motorbike and a sidecar. The motorcycle sits very high above the track, and allows guests to lean forward during the ride and grab the handlebars, just like as if they were riding their own motorbike. The sidecar, on the other hand, feels more like a traditional roller coaster car with a seat and a lap bar. And while the latter might sound a little boring, honestly both offer very thrilling experiences, with the motorbike only having a slight advantage due to the added height. But really, no matter which side you ride on, you're going to have a truly awesome expereince.

Once guests are all loaded into their motorbike (which is a very quick process thanks to the omnimover-style conveyor belt system mentioned above) they will immediately embark on a thrilling journey through the Forbidden Forest that includes some truly breath-taking moments, including steep banks, seven incredible launch sections (the most for any ride in the world), a heart-stopping 17-foot vertical drop, and a section that takes guests backwards after shooting them 65 feet into the air at an insane 70 degree angle. 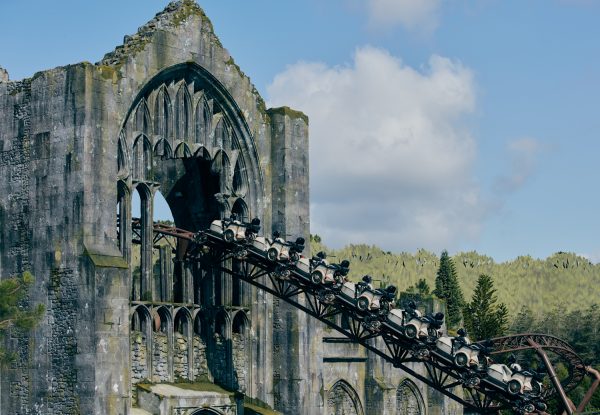 In addition to all the thrills, the ride itself is very highly themed, with several animatronics and practical effects bringing characters like Hagrid and Fluffy, as well as creatures like Centaurs and Unicorns to life in a very realistic way. Guests will also be able to hear Hagrid talking to them during the ride thanks to an on-board speaker system. However, we'll confess we didn't hear a lot of what he was saying, since we were too busy screaming during the ride's epic launches and drops.

So far, we've only been able to experience this attraction at night, but the details in not only the Hagrid animatronic, but also the magical creatures were on full display during our evening ride, which was definitely a plus, as we worried a little bit if the darkness would impair our experience a little bit. But after checking out some daytime ride videos, we feel confident in saying that this ride is actually a little BETTER at night, as the creatures are lit very well, and the darkness obscures the track just enough to enhance the thrills.