The day is finally almost here. With less than 24 hours to go before the official opening of Star Wars: Galaxy's Edge, the largest expansion in Disneyland park's history, all eyes are on Anaheim for this momentous occasion. And though there are several restrictions on exactly how guests can experience this new land in its opening weeks, Disney has just released a ton of new information about the signature Millennium Falcon: Smuggler's Run attraction, opening this weekend at Disneyland and flying in to Disney's Hollywood Studios on August 29th! 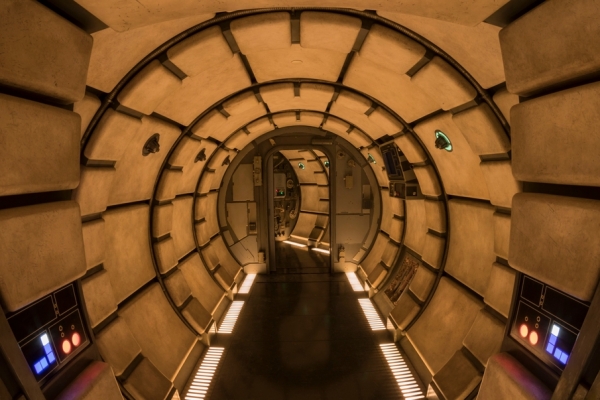 Since Star Wars: Galaxy's Edge takes place on Batuu's Black Spire Outpost (a location never visited in any Star Wars film), some might wonder how this infamous ship got to such an obscure spot. And Disney has kindly now provided us with an explanation:

Following the events of “Star Wars: The Last Jedi,” Chewbacca brought the Falcon to Black Spire Outpost for repairs at this spaceport on the edge of the galaxy. In exchange for some much-needed replacement parts, Chewbacca is loaning the Falcon to Hondo Ohnaka, a smuggler who is now making good use of the ship that made the Kessel Run in less than 12 parsecs. It is at this point guests enter the story of Millennium Falcon: Smugglers Run.
Apparently Hondo (who moviegoers may not recognize but Clone Wars fans will recognize)  is running a “legitimate business” out of the spaceport, called Ohnaka Transport Solutions. When guests meet Hondo in Millennium Falcon: Smugglers Run, he tells them he has more cargo than he can handle and needs extra flight crews to make some runs for him – especially crews that won’t ask too many questions about the cargo or how Hondo acquired it!

Guests will be able to take in the scenery 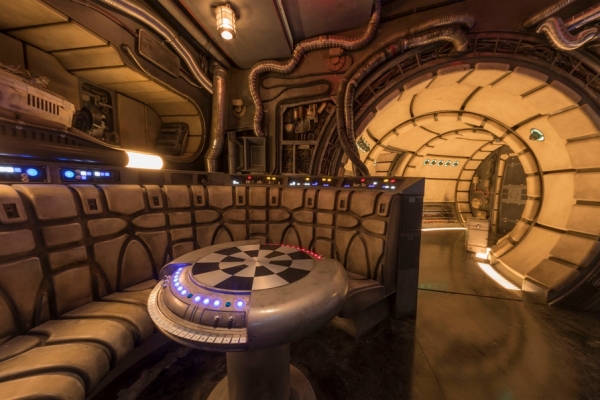 Image: Disney
After guests progress through the line to enter the attraction, they will be able to enter a pre-show area of the Falcon via an access hatch on the ship’s starboard airlock. Once aboard, they spend some time in the ship’s main hold and lounge, where they can sit at the famous Dejarik (chess) table or poke around at other equipment in the room.

Reports Grow of People Sneaking Into Disney Parks During Closures