Earlier this month The Walt Disney Company released its quarterly earnings report and, while the big news out of the company may have been the record-breaking performance of Avengers Endgame at the box office and Disney's total takeover of the Hulu streaming service it looks like this most recent quarter was a good one for the Parks and Resorts division as well, especially for Walt Disney World, which is seeing boosts in attendance, revenue, and more!

1. Attendance is up at Walt Disney World, but not at Disneyland

Though the impending opening of Star Wars: Galaxy's Edge may have made some executives nervous that guests would hold off on a visit to Walt Disney World until later in the year Disney has gone on record in their most recent quarterly financial results (which ended on March 30, 2019) as saying that their attendance for the this period at Walt Disney World is up when compared with the same time in 2018.

However, in an interesting development, Disney has not included Disneyland resort in its positive news, which is a change from the past few financial reports, which have grouped the two resorts together. And though it wasn't explicitly said, this likely means that there has been a slowdown this quarter at the Anaheim resort. However, we're pretty sure this won't be a problem for too much longer, as Star Wars: Galaxy's Edge is opening at the Disneyland Resort in just a few days.

2. Revenue is up yet again thanks to upcharge events and higher prices 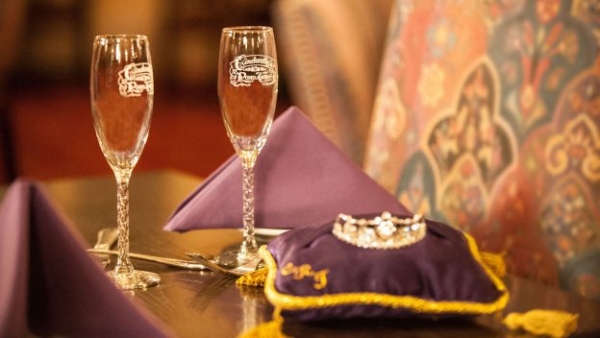 Parks, Experiences and Products revenues for the quarter increased 5% to $6.2 billion and segment operating income increased 15% to $1.5 billion

As you might expect given the higher traffic levels, this boosted revenue is coming from increased guest spending in the parks, as well as higher prices on food, hotel rooms, tickets, annual passes and more, proving yet again that no matter how much Disney hikes prices, guests will continue to pay, which will always translate into bigger profits.

Disney CEO Bob Iger acknowledged during a conference call that their ever-increasing ticket prices aren't just an effort to increase profits, saying “It’s not just about raising prices. It’s about being really smart with it", going on to say that the idea is to spread guest levels out throughout the year with dynamic pricing so guests will be less likely to crowd the theme parks during the busiest times of the year.

The only area where Disney noted that it is losing money in its financial results was with the ever-growing costs related to construction, as there are now over two dozen new attractions being worked on currently at Walt Disney World.