Though Star Wars: Galaxy's Edge isn't open yet, plans are already underway for crowd control at both Walt Disney World and Disneyland park. And though this new land is only opening with one attraction (the other will debut sometime later this year, according to Disney), Disney is preparing for massive crowds on both coasts....but are preparing in very different ways.

Beginning on opening day (May 31st) and lasting through June 23rd, guests at Disneyland who want to experience Star Wars: Galaxy's Edge will need a reservation. There will be absolutely no exceptions to this rule, and no one will be admitted without a return time. Guests who do secure a reservation will also only have a 4-hour window in which experience everything they can inside Star Wars: Galaxy's Edge, after which they will need to leave to make way for other guests. In addition, guests who leave this land during their allotted time will not be able to re-enter once they have left, no matter how much time is left for their original reservation.

Last week, Disneyland rolled out this system and as many predicted, technical issues plagued guests who tried to book reservations online when they opened up. However, even though there were tons of glitches, all the reservations were still snapped up in less than two hours, proving that demand for this new land is still very high. 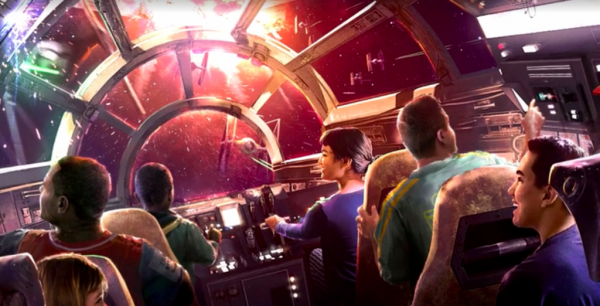 Shortly after the reservations sold out, Disney reminded guests that they were still offering return times to guests who booked a stay through one of Disneyland's three on-property resorts, and, as of this writing, there are still a few (very expensive) rooms available.

However, while Disneyland is going to extreme measures with their strict reservation system to try and control crowds during the first few weeks after the opening of Star Wars: Galaxy's Edge, Walt Disney World is trying something completely different