Replacement for Happy HalloWishes Coming This Year to the Magic Kingdom

Though Disney stunned longtime fans by straight up cancelling Mickey's Not-So-Scary Halloween Party at Disneyland, this spooky celebration continues at the Magic Kingdom, and Disney has just confirmed a long-time rumor regarding the nighttime spectacular at this annual event.

Happy HalloWishes is officially gone in 2019, and will be replaced by a new projection-heavy show 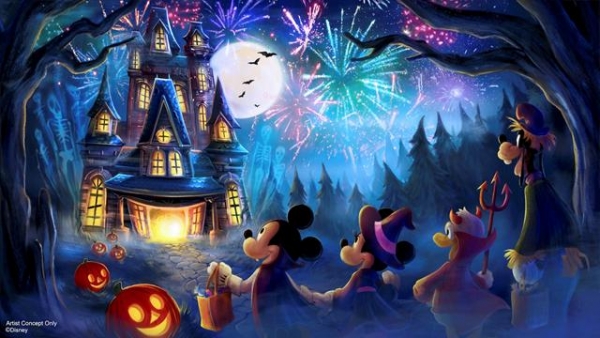 Neither the 2018 nor the 2017 edition of Mickey's Not-So-Scary Halloween Party featured any new shows or entertainment offerings, but it looks like this temporary dry spell is ending in 2019, as this year's event will feature a brand new nighttime show. Though we've been expecting this change since the end of Wishes in 2016, Disney has finally announced that the long-running Happy HalloWishes will not be returning, and its its place will be a new show that will feature state-of-the-art projection effects, lasers, lighting and dazzling fireworks that come together to tell a not-so-scary story about how anything can happen on Halloween night.

According to Disney the show will take guests along on a trick-or-treating adventure, where four friends – Mickey, Minnie, Donald and Goofy – find themselves drawn into a mysterious haunted house. The journey takes them from one room of the house to another, encountering dancing skeletons, waltzing ghosts and a whole series of troublemaking Disney villains.

Though unconfirmed, we'd guess there will be plenty of familiar Disney songs and Disney villains in this new show, the same way there was in the former Happy HalloWishes show. And though this upcoming entertainment offering doesn't have a name yet, we'll probably learn more about this show in the very near future, as this year's Mickey's Not-So-Scary Halloween Party will kick off earlier than ever on August 16, 2019. 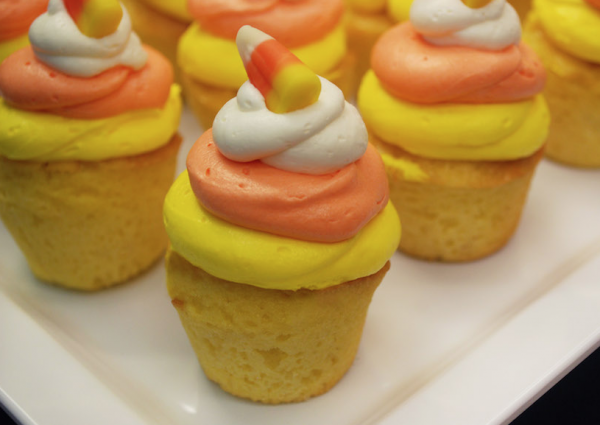 Of course with a new fireworks show, Disney will be introducing a new dessert party for guests wanting a guaranteed viewing area for the as-yet unnamed new show. As has been the case with prior dessert parties, guests can indulge in a wide buffet selection of treats, including chocolate-dipped strawberries, cupcakes, ice cream, seasonal fruits, cheeses and other ghoulish goodies at Tomorrowland Terrace.  This dessert party is available for $84 plus tax for guests ages 10 and older and $50 plus tax for guests ages 3 to 9, and can be booked online or by phone. Of course, tickets for Mickey's Not-So-Scary Halloween Party are required for guests who