In case you haven't heard, IllumiNations is ending later this year, and Disney announced last year that as soon as this show finishes up its run, Epcot will debut a limited-time nighttime spectacular, called “Epcot Forever,” which will feature classic park themes. This new show is meant to showcase the best of Epcot while celebrating its unique history, all with classic music and advanced pyrotechnics. And earlier this week, Disney shared some new details about this upcoming show!

Though it was previously announced that IllumiNations: Reflections of Earth was set to end its 20-year run this fall, we now know that this iconic Disney nighttime spectacular will officially close on September 30 2019. And then directly after the end of this show, Epcot Forever will debut on October 1st, 2019, which seems to suggest that this new show is very far along in development. 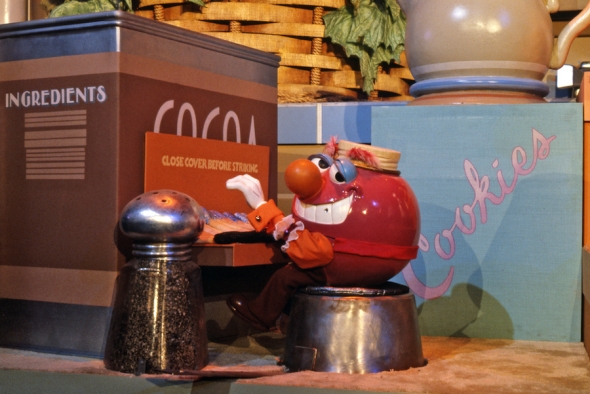 Music has always been a big component of the Epcot experience, and this new show aims to showcase the long musical history of this park by incorporating some of the most iconic themes and songs from Epcot's past and present, including the park entrance theme, Living with the Land, Celebrate the Future, One Little Spark, Making Memories, Kitchen Karbaret and Soarin'.

In order to give this new show a cohesive sound, Disney has brought in conductor and composer Don Harper, who has worked on numerous film scores (National Treasure, Armageddon, Twister, among others) as well as the music for Fantasmic! at Tokyo DisneySea and Rivers of Light at Disney's Animal Kingdom, and will be lending a hand to ensure this new show sounds great.

Alan Bruun, show director for Disney Parks Live Entertainment made the following statement about why this celebration of Epcot music in particular was so important:

I'm super excited for Epcot Forever! But not so much for the new permanent show. I loved IllumiNations because of the originality. It was original music, an original theme...this new show just sounds like another version of Fantasmic, and Happily Ever After, and Disney Movie Magic, and the upcoming Wonderful World of Animation. They all seem pretty similar to me. I'm sure the effects will be great, and I will wait until I actually the show to form a solid opinion. But I just wish Epcot would stay IP-free...at least in the nighttime entertainment arena. Love the site, and keep up the great work!