We've known since it was announced that Star Wars: Galaxy's Edge was going to be like nothing else ever produced at a Disney park. And now Disney has shared some official details about the amazing technology that will power this new land and bring the Black Spire Outpost to life around guests. From next-generation animatronics to a whole new approach to shopping, here's all of the amazing new technological experiences coming to this new land!

1. Next generation animatronics will be featured all throughout Star Wars: Galaxy's Edge

When Pandora - The World of Avatar opened in 2017, one of the most impressive parts of this new land was The Shaman of Songs animatronic at the end of the Na'Vi River Journey, which was the first of what is being called the new "A-1000" class of animatronics. And now (perhaps unsurprisingly) we know that this new technology will be featured in all of the major audio-animatronic characters in Star Wars: Galaxy's Edge. In this clip above you can see the character Hondo Ohnaka, who is part of the the Star Wars: Smugglers Run attraction, and uses this new animatronic technology standard.

This is just one example of an audio animatronic inside the land, and Disney has confirmed that these amazing next-generation figures will also be found in the Star Wars: Rise of the Resistance ride (which isn't a huge surprise) as well as in other places throughout the land, like the Oga's Canteen restaurant and shopping areas like Dok-Ondar's Den of Antiquities. Everywhere you look in this new land, there will be some kind of otherworldly character being brought to life by this new technology, which is certainly an exciting prospect!

2. The Play Disney Parks app will be essential for guests wanting to interact with this land 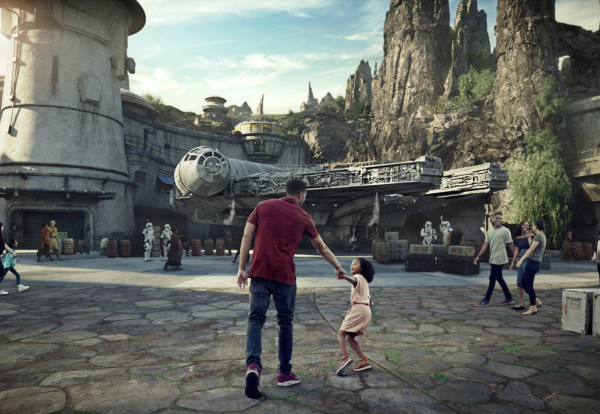 Though Disney has teased the interactive nature of this new land before, we now have a concrete idea about how some of the "hands on" areas of Star Wars: Galaxy's Edge will work. Perhaps the biggest (and most accessible) way guests can interact with this new land is via the Play Disney Parks app, which will have enhanced functionality inside Star Wars: Galaxy's Edge.

According to Disney, inside a special Star Wars-themed area of this app guests can do a number of things, including translating Star Wars galactic language around the land, learning what’s hidden inside crates and containers, and even interacting with a variety of physical parts of the land, like antenna arrays, door panels, drinking fountains, droids, media screens, and ships.

Guests will also have several "missions" they can complete inside this new land via the Play Disney Parks app as well.

Journey of Water: Inspired by Moana Will Open At EPCOT In Late 2023, Here Is How It Currently Looks!