Social media was set ablaze over the weekend when reports surfaced that Buzzy, an audio-animatronic from the long-closed Cranium Command attraction at the former Epcot Wonders of Life pavilion was stolen sometime in the last few weeks. Though we have no way to independently verify what is going on with this suddenly missing piece of Disney history, here's what we know based on social media reports and inside sources with knowledge of the situation:

The animatronic has definitely been missing for several days, but there's no concrete timeline as to when the theft occurred 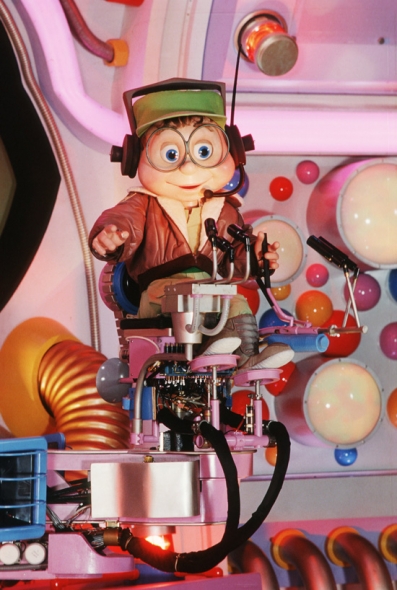 Though news broke just a few days ago about the reported theft of the Buzzy animatronic from this attraction, it is currently not known exactly when this theft occurred, or how long Buzzy has been gone. Social media reports hypothesize that this animatronic was stolen sometime in the past few days, but since the old site of Cranium Command is not well monitored by Disney employees or security cameras (this attraction has been closed since 2007), there's no way of really knowing exactly how long this animatronic has been gone for.

However, what does seem to be known that whomever took this animatronic did so in a hurry, as hydraulic fluid was supposedly left all over the floor of the crime scene, as it appears that hydraulic lines were quickly slashed as the culprit took the animatronic and then made his or her getaway. 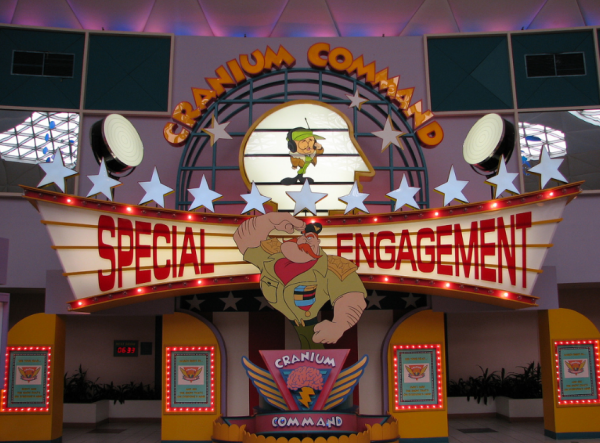 Again, while there's no way to verify anything right now, it seems very likely given the circumstances that the person responsible for taking Buzzy from the former Cranium Command attraction had backstage access, as most guests are not able to easily navigate to this long-closed attraction space from guest areas. In addition, the Buzzy animatronic is very heavy, and would be difficult to take out of the front gates of Epcot without someone noticing, which means that some kind of backstage route was probably used to get the animatronic out of the park and eventually off Disney property.

In addition, considering the dimensions of the Buzzy animatronic, it seems very unlikely that only one person could have pulled off this heist by themselves, as help would be needed not only to lift Buzzy out of his platform, but also get him out of the park.