Next year is going to be a big one for Disney's Hollywood Studios. Not only will it bring the much-anticipated opening of Star Wars: Galaxy's Edge late in the year, but it will also see the debut of Mickey and Minnie's Runaway Railway at the center of the park in mid-2019 as well. However, before these massive new additions debut next fall, Disney is adding a new show to this park: Lightning McQueen's Racing Academy. And while we already knew some basics about this show, Disney recently released some additional information about this unexpected addition to the park.

Screens will be a big part of this new show

As announced previously, this all-new show will be performed daily in the Sunset Showcase Theater, which is located adjacent to the Rock ‘n’ Roller Coaster Starring Aerosmith and has previously been used for special events and character dance parties.

Interestingly, though previous occupants in this space had their own special features, Disney is going all out with this new attraction, using a giant, wraparound screen that is nearly two stories tall and stretches more than 200 feet from end to end, to pull guests into into the action.

Lightning McQueen's Racing Academy will be a sequel to Cars 3, and feature a "live" racing demonstration 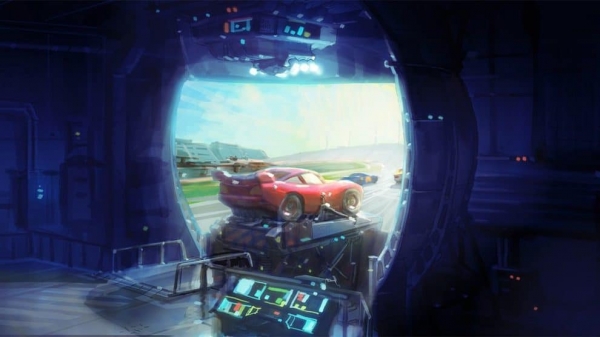 This new attraction will immerse guests in the world of Cars and bring them face to face with racing legend Lightning McQueen. Taking on the role of rookie racer, you’ll cruise into the theater and find yourself face-to-face with this character, who will appear "live" on stage. The show will take place after the events of Cars 3, and feature McQueen going through some of his career highlights while testing out a new racing simulator before, inevitably, things go wrong (as they always do in theme park attractions!)

Though much of the action will take place on the aforementioned screens, guests will be able to see a live Lightning McQueen hop into a giant racing simulator (similar to what was used in the "training" sequences in Cars 3) which will be a massive prop with moving parts and its own screen, just like what was seen in the movie!

As announced previously, Cars movie fans will be happy to know that there will be plenty of familiar Cars characters popping in and out during Lightning McQueen's Racing Academy as well, including fan favorites like Tow Mater and Cruz Ramirez. Disney Parks Live Entertainment is working closely with the creative team at Pixar Animation Studios to bring this new “Cars” story to life and to make the tone similar to the pre-existing Cars films.