This month brings a number of updates to the various hotels around Walt Disney World, including more information on when guests will be able to stay at Disney's Riviera Resort and the Gran Destino Tower. Some interesting details have also been released about the upcoming Star Wars hotel at Disney's Hollywood Studios as well... 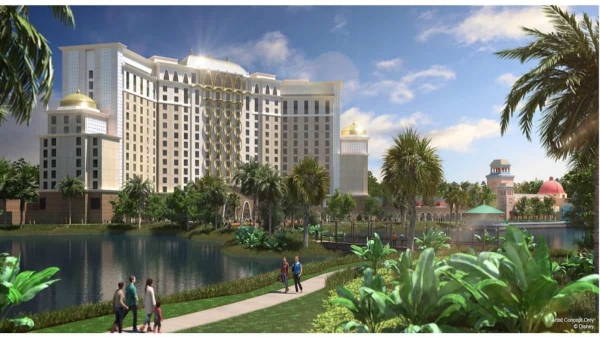 And though we've still got eight months to go until the grand opening of this new tower, Disney has announced that reservations will be available beginning this Tuesday, November 27th, and are able to be booked online at the Walt Disney World website. 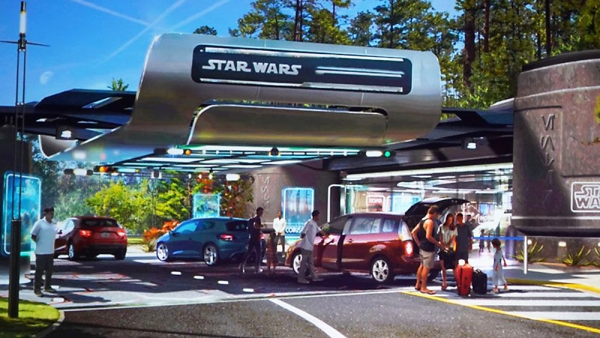 In an effort to extend that Star Wars experience beyond Star Wars: Galactic Edge (opening nest year) Disney announced plans last year for a new Star Wars themed hotel that will allow fans to experience this amazing universe in a whole new way that is unlike any other Disney hotel. Guests who stay in this hotel will take part in an immersive experience designed from the ground up to be a living adventure that allows guests to immerse themselves in an entirely new form of Disney storytelling.

And though we're still a few years away from a grand opening, we've learned a few additional tidbits about the forthcoming Star Wars Hotel being constructed just beyond the boundaries of Disney's Hollywood Studios. Though we previously learned that the hotel would be "seamlessly connected to Star Wars: Galaxy's Edge", new concept art suggests that hotel guests will travel to and from Star Wars: Galaxy's Edge via shuttles that bring them from the hotel directly into the park, keeping the immersion level as high as possible for guests who stay at this hotel. You can see an image of the inside of the shuttles in newly-released concept art below: 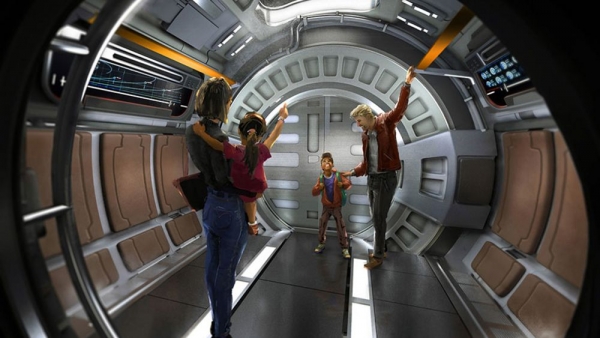 In addition, recently-filed permits show that guest rooms will be split into two groups: regular cabins and 1st class cabins. However, it looks like snagging one of the latter will be quite difficult, as these permits show only two first class cabins in the whole hotel, which are in addition to only 32 standard cabins, for a grand total of 34 rooms. Judging by these permits, it looks like this still-unnamed property will be quite the exclusive hotel, which of course will assuredly drive up demand and price when this hotel opens in another year or two.