It's no secret that Disney has had some trouble getting guests interested in its various interactive offerings over the years. Though interest in previous offerings like Sorcerers of the Magic Kingdom and A Pirate's Adventure: Treasures of the Seven Seas was high when these interactive attractions were initially opened, Disney never really continued promoting them after their debuts, and with low replay-ability for those who have already experienced these unique attractions, they've simply fallen off the radar for most guests.

However, it looks like Disney is trying again with an Interactive attraction, but this time, there are no RFID-activated props or magic cards... just your smartphone! Earlier this year Disney released Play Disney Parks, which aimed to "turn wait time into play time" by allowing guests waiting in specific queues to unlock special games and trivia. 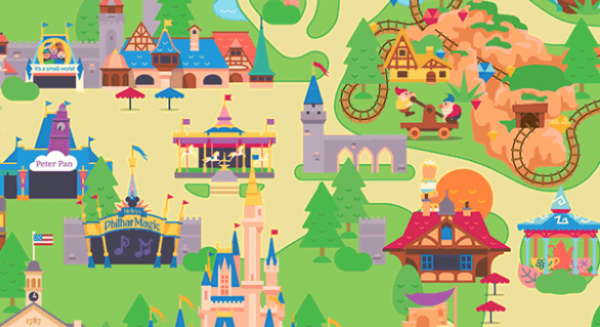 And though Disney has been promoting this new app heavily in its theme parks, usage hasn't really taken off. However, Disney's not quite ready to give up on Play Disney Parks just yet, and have unveiled a new plan to try and get guests interested in this app 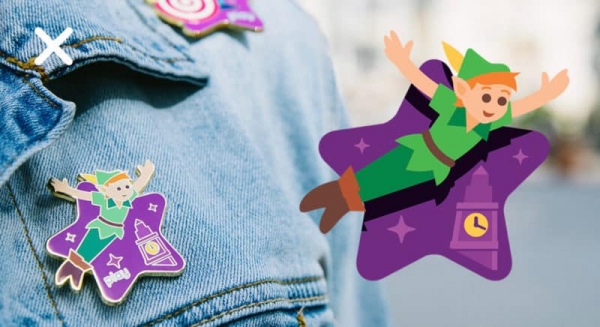 Though Disney has always offered digital rewards and achievements for completing tasks and games in Disney Play, for the first time ever guests who complete quests for select attractions, including Peter Pan’s Flight, Space Mountain and Toy Story Mania! will unlock these option to purchase collectible trading pins that feature the same design as the in-game achievement. These pins the pins cost $14.99 plus tax, and are only available for guests who complete challenges in the app.

And though having a physical reward for performing specific in-game actions is pretty cool, there's something else Disney is doing with this app to try and get guests interested..