Though its true that Walt Disney World has been at the forefront of integrating smartphones with the theme park experience, the resort has sometimes lagged behind when it comes to the use of actual technology at the resort, with slow wi-fi, MyMagic+ downtime and more causing headaches for guests. However, it looks like Disney is finally investing some time and energy into making some upgrades around the resort that will improve simple things like Wii-Fi, FastPass+ check-in and more!

Here are some technological improvements you just might notice the next time you visit the resort:

Longtime Walt Disney World guests know that the resort has offered free Wi-Fi at its resorts since 2011, but unfortunately this service has been in desperate need of an upgrade in recent years due to increasing guest demand and greater use by more advanced devices.

Fortunately, an enhanced Wi-Fi service is now being rolled-out across the Walt Disney World Resort family of hotels, with Disney's Port Orleans French Quarter being the first to get this new and improved Wi-Fi, with all other hotels upgrading their Wi-Fi in the coming weeks.

No information about faster in-park Wi-Fi has been released, but we'd imagine that Disney's main priority is providing its hotel guests with the best wireless Internet experience possible, and then potentially moving on to making improvements in the theme parks. 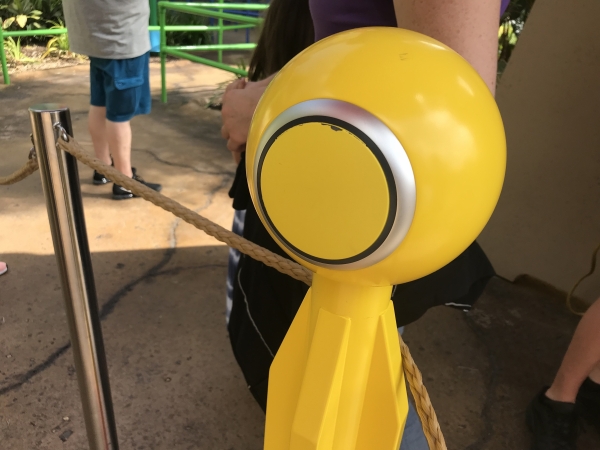 Over the past few months, Disney has very quietly been making a change to many of the FastPass+ touch points around the resort, altering the design and flattening the area where guests touch their MagicBand to the sensor. We don't really know why this change is happening, but guests who visit Pandora - The World of Avatar, Toy Story Land, and much of Epcot can now see these new touch points in action.

Interestingly, though the ones installed at Epcot still feature the iconic glowing Mickey head, the ones in Toy Story Land are simply solid-colored and flat, blending in a little bit better with their surroundings, which is something that Imagineers have been pushing for since the implementation of FastPass+.

Though you can only see these next-generation touch points in a handful of locations, we'd guess that Disney will be installing them across the resort over the next few months.